AHMM's scheme for Elizabeth House goes in for planning 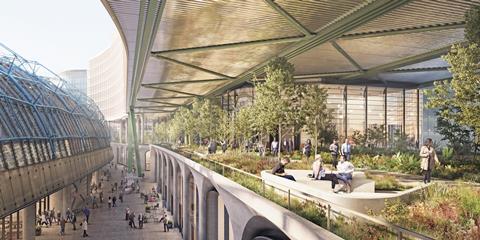 AHMM’s plans for the Elizabeth House site have been submitted for planning.

Developer HB Reavis has confirmed that proposals to replace the huge post-war office building next to Waterloo Station have been lodged with Lambeth council.

AHMM is the third architect to work on the project in the past 10 years, after David Chipperfield and before that Allies & Morrison were both appointed and ultimately ditched.

The 29- and 10-storey Chipperfield scheme has planning consent but when the site was bought by HB Reavis in 2017 the firm conducted a review and decided to replace the proposed flats with offices. 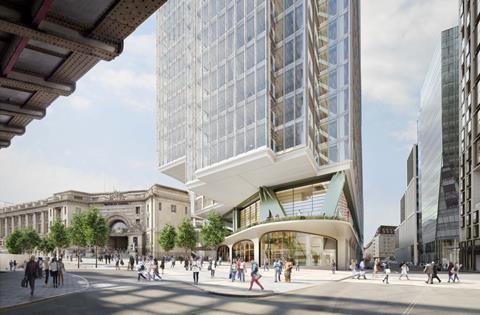 It said flats would be too expensive to help London’s housing crisis and offices would be more appropriate next door to the UK’s busiest station.

It held a competition to rethink the site featuring Chipperfield, BIG, Rogers Stirk Harbour & Partners and Wilkinson Eyre which was won by AHMM.

AHMM’s proposals aim to provide around 1.2 million ft2 of office and retail space as well as substantial public realm.

The plans include a one-acre garden promenade, directly connected to the Waterloo Station concourse.

A public route called Waterloo Curve, will provide a new pedestrian street and will be lined with shops and cafes.