London cost consultant Alinea has said it is looking at more work from overseas to offset the slowdown in the UK caused by the covid-19 crisis.

The firm already carries out work in Australia, the US and Europe with this part of its business currently accounting for between 5% and 10% of its income. 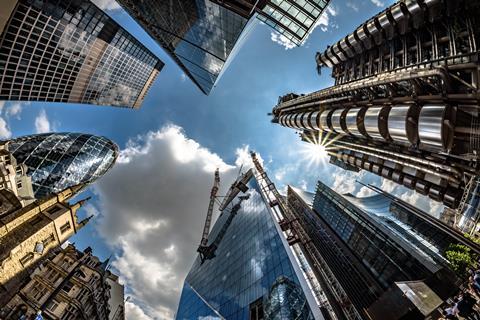 But the company said it was looking to double overseas turnover. “It’s not inconceivable to do that and it would help offset the slowdown over here,” said Alinea co-founder Iain Parker.

But the firm is unlikely to set up an overseas base. “We’ve tended to resist that,” Parker added. “It would have to be a mega project or a client request.”

Alinea has recently picked up work in Spain, Italy and Germany but its bread and butter remains London where around 80% of its business is concentrated – with around one third of that commercial office space.

The firm said it improved revenue in the year to April by 10% to £16.8m and Parker added: “We are pleased with the increase, particularly given we experienced the first six weeks of lockdown as a part of our financial year.”

Parker said the firm’s projected revenue for this year would be hit by the covid-19 pandemic but added: “We’re aiming to be flat. If we’re flat, we’ll have done very well.”

He admitted: “Next year is going to be tough. Some jobs are being paused while clients work out what to do.”

But he added the firm has not furloughed any of its 107 staff and said: “We need everybody. We’ve had a strong start to the year and we’re pretty busy.”

Other areas it wants to grow include public sector work, where its jobs include Parliament’s Northern Estate programme, the scheme Wates is working on to revamp a series of listed buildings in Whitehall, and life sciences with the firm working with developer Stanhope on schemes at Royal Street in Southwark and the British Library in King’s Cross.

The firm will reopen its Cannon Street office today (Monday) with around 20 staff set to be at their desks ahead of the firm getting fully back up and running by September. “There’s a growing expectation from clients that they’d like to see us back in the office,” Parker said.

Alinea currently has 130 active projects including British Land’s commercial scheme at Blossom Street in Shoreditch, set to be carried out by Skanska, Lendlease’s 8 Bishopsgate office in the City for Stanhope and the Salesforce Tower in Dublin.