An emergency shelter with a difference 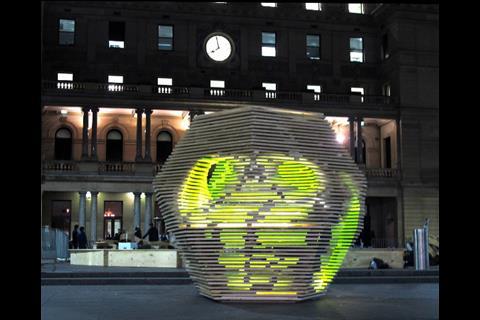 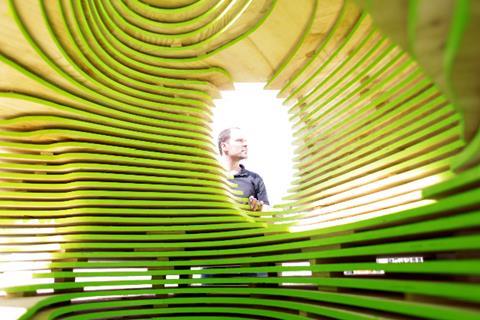 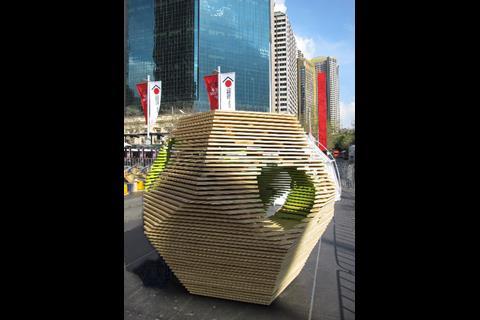 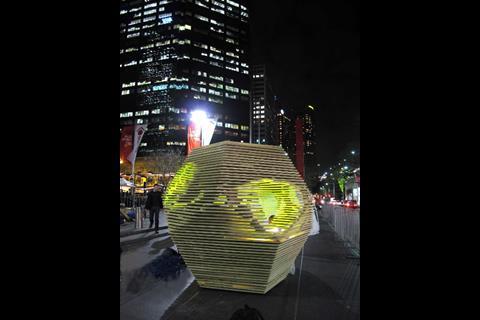 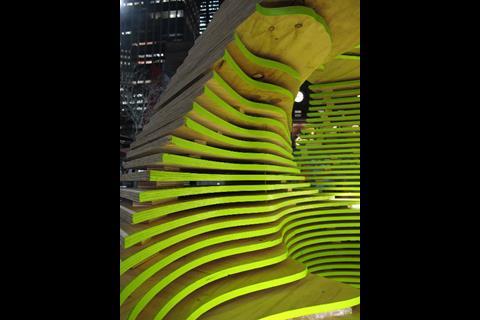 This emergency shelter concept is part of an exhibition in Sydney Australia on the role of the design and construction industry in the aftermath of natural disasters.

LAVA’s Digital Origami Emergency Shelter contains sleeping space for two adults and one child as well as a little space for eating and reading. Battery or solar operated LED light brings the shelter to life, turning it into a lantern, a sign of hope.

It can be shipped as a flat pack, cut out of local plywood, or dropped off by a helicopter. The interior can then be carved out of wood, cardboard, newspapers or other locally available materials.

The Emergency Shelter Exhibition hopes to raise awareness and aid for the thousands of people who have been displaced by Japan’s natural disasters.

For the exhibition LAVA created a scale model, made from CNC cut plywood sheets. In a real situation the flat pack would be folded into an origami molecule and filled with locally available material. LAVA worked with builder Keystone Project Group and Staging Rentals.