Consultant will draw up business case for next stage of line

Arcadis has been named as the commercial partner for the next phase of the £5bn East West Rail link between Oxford and Cambridge.

The consultant has been appointed by the East West Rail Company, the body set up by the UK government to plan and oversee the project to improve rail links across one of the UK’s most productive regions.

The role will see Arcadis, which is working with supply chain partners RLB and KPMG, develop the business case and submit the application for a Development Consent Order to build the next stage of the line.

It will also include commercial management and cost planning, as well as procurement of contracts. 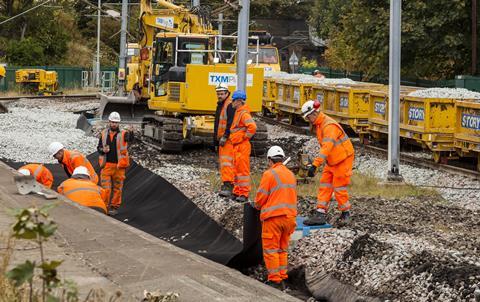 The railway will provide a new link between Oxford and Cambridge

The route of the line, known as the Oxford-Cambridge Arc, includes Bicester, Bletchley and Bedford and will have offshoots to Milton Keynes and Aylesbury.

Despite the region being home to a cluster of leading universities, life sciences firms and advanced manufacturing facilities, it suffers from poor rail links.

In January, the project secured £760m in government funding to reinstate direct rail services between Bicester and Bletechely for the first time since 1968.

The works will be carried out by the East West Rail Alliance, a group formed in 2015 by Network Rail, Laing O’Rourke, Atkins and Volker Rail.

The first phase of the Oxford to Bedford route, which connected Oxford and Bicester Village, was completed in 2016 by Network Rail, Chiltern Railways, Carillion and Buckingham Group.

Regional leaders are currently awaiting the government’s long-delayed Integrated Rail Plan, which will set out spending on railways across England.

Announced in November last year, the government had promised to publish the document in February.

But the delay of the plans, which are also expected to confirm whether HS2’s eastern Leg from Birmingham to Leeds will go ahead, has raised fears that railway upgrades could be downgraded.