The next phase of the project to build the £5bn East West rail link between Cambridge and Oxford has secured £760m in government funding.

This phase of the project will see the reinstatement of direct rail services between Bicester and Bletchley for the first time since 1968.

New stations will be built at Winslow and enhancements made to existing stations along the route, including at Bletchley.

The works will be carried out by the East West Rail Alliance, a group formed in 2015 by Network Rail, Laing O’Rourke, Atkins and Volker Rail. 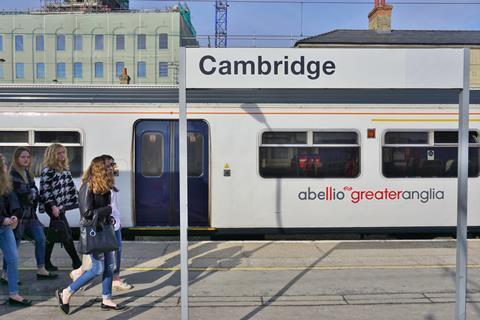 The first phase of the Oxford to Bedford route, which connected Oxford and Bicester Village, was completed in 2016 by Network Rail, Chiltern Railways, Carillion and Buckingham Group.

Also announced was a £34m package of government funding to “rapidly progress” plans to reopen the Northumberland line between Newcastle-upon-Tyne and Ashington, which closed to passengers in 1964 as part of the Beeching cuts.

The scheme will include new stations at Ashington, Bedlington, Blyth Bebside, Newsham, Seaton Delaval and Northumberland Park in North Tyneside, as well as upgrades to the track and changes to level crossings where bridges or underpasses may need to be built.

Along with the two funding announcements, transport secretary Grant Shapps invited submission for a share of the final round of the Department for Transport’s Ideas Fund, which seeks proposals for projects to restore lost rail connections.