The government’s four-month delay in making public its long-term plan for railway development across England is now “worrying”, a ministerial advisor has admitted.

Maria Machancoses, chief executive of Midlands rail advisory body Midlands Connect, said the failure to publish the Integrated Rail Plan (IRP) for the North and Midlands was “leaving half the country in limbo”.

The government had promised to publish the plan, which was announced last November, by February this year. 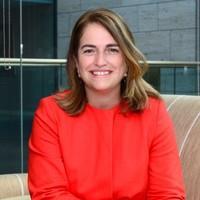 Regional leaders have raised fears that the Treasury is looking to downgrade spending on railway links following the huge impact of covid-19 on the public finances.

The document is expected to confirm whether HS2’s eastern leg from Birmingham to Leeds, which was not included in the  Queen’s Speech, will go ahead. It will also outline details on other rail upgrade projects, including East-West links in the Midlands and the Northern Powerhouse Rail link between Manchester and Leeds.

Machancoses said that there were now “definitely concerns” among business leaders in the region that the plan had still not been published. She added: “We had a vision, we all understood it, we planned around it, now tell us you’re going to do it, and commit to a timeframe because otherwise you leave half the country in limbo.

“The East Midlands is one of the least invested-in regions for transport and infrastructure for decades so for them to be told ‘you’re going to have to wait longer’ or ‘you’re not going to get what you thought you would be getting’ is pretty important. It’s pretty worrying too.”

Machancoses said that economic plans in the region were at stake, adding: “We need to stop this dither and delay, because actually that’s what makes the project go higher in cost. The best thing the government can do is commit, so we know what it is, and contracts can be issued, and we know how much it is.”

Earlier this month, Manchester mayor Andy Burnham said he was concerned that the rail plan would be downgraded and warned the government to take its “levelling up” agenda seriously.

Machancoses said that the Department for Transport “understands this anxiety” and speculated that the plan had been delayed because Chancellor Rishi Sunak wanted spending on railways to link into a wider funding envelope which takes the impact of covid-19 into account.

But she said that while there is an understanding among regional leaders that there might need to be “some sort of compromise on timescale”, the certainty the plan would provide was vital for stimulating an economic recovery from the pandemic.

“At a time when the country is trying to find out the best way to revive the economy after the biggest crisis we’ve had for decades, what the Midlands and the North needs more than anything is certainty, a plan of action.”

Government documents leaked to the Yorkshire Post this week suggested that officials were considering scrapping plans for a new high-speed link between Manchester and Leeds via Bradford in favour of upgrades to the existing line through Huddersfield.

And the Huffington Post reported yesterday that sources close to the discussions had said that the Treasury was attempting to delay the IRP until the autumn spending review.

Transport for the North interim chief executive Tim Wood told Building that losing HS2’s eastern leg would mean “going back to the drawing board” for connecting northern cities.

He added: “Instead of levelling up the North it would leave it lopsided between the west of the Pennines and the east. We don’t need either/or, we need both.”

Asked when the plan would be published, he said that “work is ongoing”. He later added: “We will set out the plan in due course.”