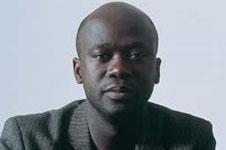 Architect David Adjaye (pictured) has secured the sector’s highest award in the latest New Year’s Honours List, accepting the offer of a knighthood.

The Ghanaian British architect, who was born in Tanzania, was given the honour of Knight Bachelor in the Diplomatic Service and Overseas List section of the awards, in recognition of services to architecture.

The accolade tops off a high-profile year for his Adjaye Associates practice, which saw US President Barack Obama open its largest project to date – the Smithsonian Institution’s National Museum of African American History & Culture, in Washington DC.

Adjaye said he was “truly honoured and humbled” at the prospect of receiving a knighthood.

“I see this not as a personal celebration, but as a celebration of the vast potential - and responsibility - for architecture to effect positive social change; that we as architects have to bring something positive to the world,” he said.

Elsewhere in the 2017 honours list, Ricky Burdett – professor of architecture and urban studies at the London School of Economics and a former design panel member for the 2012 London Olympics – received a CBE for services to urban planning and design.

Chris Blythe, chief executive of the Chartered Institute of Building, was made an OBE.

Meanwhile, building services engineer Anthony Wilson, director of sustainability and building at AECOM, also picked up an MBE for services to engineering.