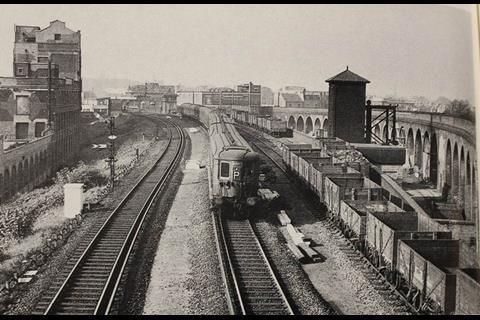 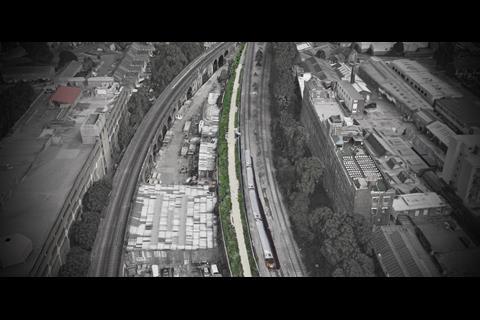 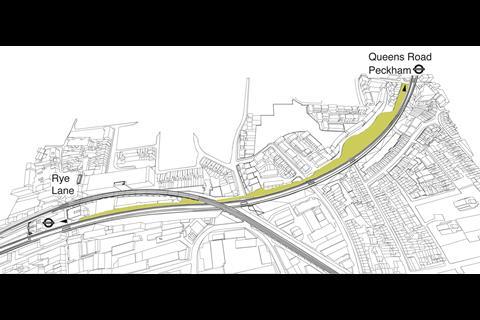 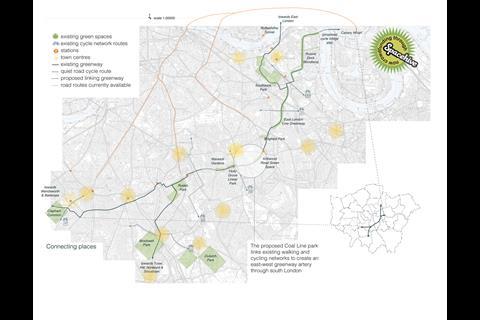 Adams & Sutherland has won the contest to turn the Peckham Coal Line in south east London into reality.

The project, the brainchild of a community group, aims to turn disused sidings into an elevated park modelled on New York’s High Line.

Adams & Sutherland has been appointed to do a feasibility study which will see designs developed and tested with the community, local authority and Network Rail.

The study, to be undertaken between April and November and informed by community engagement projects, will identify engineering challenges and possible solutions, as well as setting out options for delivering the project.

The Peckham Coal Line will connect the high streets of Queens Road and Rye Lane with a new urban park, bridging busy roads and creating a more direct link between two high streets.

The 900m-long route will run on disused coal sidings alongside a railway line through the centre of Peckham, framing views across London and passing through Victorian brick viaducts before dropping down to a little-used nature reserve.

The project is being funded through crowdfunding, the Mayor of London’s High Street Fund, Southwark council, Sustrans and the local Peckham Plex.

Director Graeme Sutherland said he was delighted. “The Peckham Coal Line is an exciting project full of possibilities that will help benefit the local community,” he said. “Not only does it aim to deliver a new linear park, the Coal Line is helping to bring the community together through engagement.”