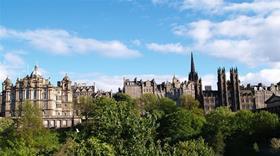 Edinburgh council has appointed architect John Cole to lead the independent inquiry into building defects which forced the closure of 17 PFI schools across the city.

Cole, an architect by profession, is a specialist in the quality of design, procurement and construction of public sector buildings.

He is also working on the delivery of major public projects in the Republic of Ireland and Northern Ireland, including a £600m paediatric hospital in Dublin and a £180m campus to provide six secondary schools on a single shared site in Omagh.

The remaining primary schools – Craigour Park, Forthview, Craigroyston and Castleview – will be handed back during the summer break, as will Craigmount, Gracemount, Drummond and Royal High Schools.

A report from the council’s corporate policy and strategy committee into the building defects said that early indications pointed to a “construction quality matter” as opposed to a design defect or the operating model.

A joint venture between Amey and Miller Construction – bought by Galliford Try in 2014 – built 13 of the 17 schools. The remaining four were built solely by Miller. Construction started in 2001 and was completed on all schools by 2005.

The inquiry is expected to begin in the early autumn once all the schools are fully open and the contractual position with ESP has been concluded.

Edinburgh Council chief executive Andrew Kerr said: “I am pleased to have brought on board an expert of John’s calibre to head this independent inquiry as he commands respect in both construction and procurement fields.

“His track record speaks for itself and I am sure parents and everyone else who has been affected by the issues over the past five months will take comfort from the extensive knowledge and experience that John brings to the role.

“The clear and thorough terms of reference set out exactly what we are aiming to achieve through this inquiry. We want to find out what went wrong with these schools and are determined to see what lessons can be learned, not just here in Edinburgh but across Scotland and the UK.”