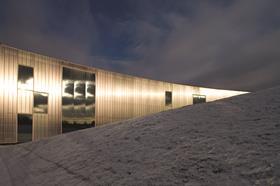 Architects remain optimistic that workloads are increasing, with improvements in confidence levels widespread across the industry, the latest RIBA survey of its members has found.

The RIBA Future Trends survey found that while the overall workload balance figure fell one percentage point to +22 in August, compared to the previous month, it remained firmly in positive territory, continuing the trend of positive figures seen since the beginning of 2013.

The survey found that although the increased level of optimism is not yet being reflected in actual workloads, the overall position is of a steady market for architect’ services, with actual levels of work in progress remaining stable year-on-year.

The RIBA said all categories of practices by size and all the nations and regions in the UK returned positive workload forecast balance figures in August 2013, suggesting that the sustained improvement in confidence levels is widespread and no longer confined to particular sectors or geographical locations.

RIBA director of practice Adrian Dobson said: “The continuing confidence from our members about future workloads for the commercial sector is a very welcome development; increase in activity in this key sector is central to any overall recovery in workloads towards pre-recessionary levels.”

The RIBA Future Trends Staffing Index fell marginally to +3 in August 2013, compared with +5 in July 2013, remaining positive for a fifth consecutive month.

Dobson added: “This sense of an improving picture in relation to employment opportunities is reinforced by the fact that our practices report that they are employing 10% more students than they were twelve months ago. The improvement in student employment levels is heartening, given that architecture students were disproportionately impacted by the recession.”