Architects vie for Design of the Year award

Big names in the running for Design Museum honour

OMA, Herzog & de Meuron and Grafton Architects are among the practices shortlisted for the Design Museum’s Designs of the Year.

Zaha Hadid Architects won the overall award two years ago for its Heydar Aliyev Center at Baku in Azerbaijan.

Irish practice Grafton, which in the spring scored a major coup after beating top names including Herzog & de Meuron to a £100m scheme for the London School of Economics, has been nominated for a university campus in Peru’s capital Lima in the architecture category.

And Herzog & de Meuron is on the shortlist for its extension to the Tate Modern museum in London while OMA has been nominated for its work to build the Fondazione Prada art gallery in Milan.

Also on the list is the team behind Dreamland Margate, the revamped amusement park in the coastal Kent town, which includes architects Guy Holloway and Ray Hole as well as designer Wayne Hemingway. 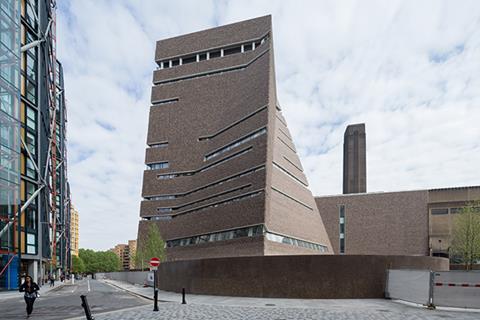 BIG is also on the list for a building in New York while AOC has been nominated for a public building in Nunhead, south-east London.

Elsewhere, other contenders for the prize include a coffee cup for astronauts, the David Bowie Blackstar album cover and a sexual health testing kit.

And a flat-pack refugee shelter designed by IKEA Foundation and a pair of 3D printed trainers by Adidas created from recycled fishing nets are also on the list.

A winner will be selected in each category, which also includes transport, digital, fashion, graphics and product categories, and one overall winner will be announced on 26 January 2017.

The Designs of the Year will be on display at the museum’s new home on Kensington High Street from 24 November until 19 February 2017.