Arup to withdraw from all energy schemes involving fossil fuels

Arup has announced it will not take on any new energy schemes involving fossil fuels anywhere in the world from April next year.

The firm said it will withdraw from all jobs which involve the extraction, refinement or transportation of hydrocarbon-based fuels as part of its net zero goals.

Instead, it will only accept commissions in low-carbon energy projects which “advance progress toward a fully decarbonised future” such as wind, solar, hydroelectric and hydrogen. 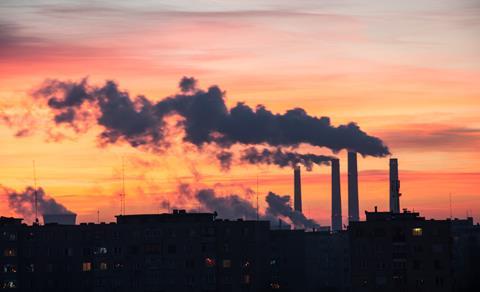 Studies will estimate the total amount of carbon emissions generated from its buildings, both new and retrofit, over the course of their lifespans.

They will include both operational carbon, which is emitted by the building itself during its use, and embodied carbon, which is generated from the manufacturing and transport of materials during construction.

The firm added it will develop a way to apply the same assessments to its infrastructure work “without delay” and has pledged to make “significant” investment in staff training.

It said the insights it will gain from conducting “thousands” of the studies each year will help the construction industry advance towards net zero emissions.

Arup Group chair Alan Belfield said whole-life carbon assessments were the next step that must be taken to decarbonise buildings “at scale”.

He added: “Our commitment to undertaking whole-life cycle carbon assessment for all of our buildings work means that for the first time we will have the data to share with our clients and with industry partners about the precise actions to be taken to decarbonise buildings – new or existing – most effectively.”

Last year, the firm pledged to hit net zero across all of its global operations by 2030. It is also a supporter of proposals to write mandatory whole-life carbon emissions for all major schemes into UK building regulations.

Meanwhile, Australian construction firm Wagners has said it will make London its global launchpad for a new sustainable form of concrete.

Known as Earth Friendly Concrete, it contains around 70% less embodied carbon than normal concrete and saves 250kg carbon for each cubic metre poured.

Nearly three cubic km of the material has already been used on HS2 for temporary piling matts, haulage roads and crane bases.

The built environment is responsible for nearly 40% of global carbon emissions, with concrete alone generating around 8% of the world’s carbon.