Contractor wins pre-construction deal for scheme next to Buckingham Palace 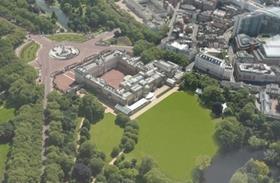 The scheme will involve refurbishment of an existing six-storey listed building, construction behind retained facades and a four-storey basement build.

Balfour will work with developer Northacre and Palace Revive Development Ltd, a special purpose vehicle set up to acquire the building for the scheme, to deliver pre-construction services including programming and procurement, in the lead up to the full construction contract award expected in early 2016.

Once complete, the development will offer 72 apartments, some of which will have views over the gardens of Buckingham Palace.

Construction is due to start early next year following full contract award and is expected to be completed by the end of 2017.

Dean Banks, Balfour Beatty’s UK managing director, said: “Our proven ability to succeed in constrained construction environments in busy city centres means we are well suited to this prestigious project and we look forward to securing the full contract award early next year.”