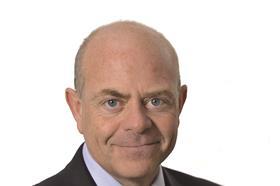 Former Balfour Beatty Engineering Services managing director Phil McGuire exited in May as the group announced a £30m profit warning – of which around £20m was focused on the M&E business .

This followed a series of proft warnings over the past 18 months and also prompted the resignation of group chief executive Andrew McNaughton.

The firm issued another £35m profit warning in July - all of which related to problems with the M&E business - and said it planned to reduce the £260m-turnover business by around a quarter by tightening its bidding criteria and stepping back from the London market.

Since McGuire stepped down in May the division has been overseen by Balfour Beatty’s UK construction chief executive Nick Pollard.

Hoyland previously led the Peverel Property Services business through a period of transformational change to improve performance and customer service.

He added: “Mark’s extensive commercial and operational experience will ensure our smaller, refocused building services M&E engineering business will capitalise on the ongoing recovery in the sector.”

Hoyland is due to take up the post in mid-August.