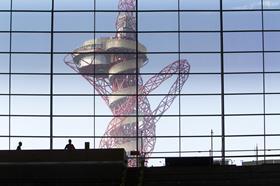 In a statement to the City this morning, which follows an announcement from Carillion yesterday that set out the terms of the merger, Balfour Beatty said its board remained firm on its rejection of the deal.

Yesterday, Carillion set out its detailed plans for a merged business combining the two firms which included £175m of annual cost savings, which, when capitalised, would add £1.5bn to the value of the company combined entity.

Carillion’s move was designed to tempt Balfour Beatty shareholders and force Balfour’s management back to the negotiating table after two of its merger offers have been rejected.

Yesterday Balfour Beatty responded with a statement that said Carillion’s calculation that a merger between the two firms could create £1.5bn of added value was “incorrect” and the merger posed significant risks.

Today the firm set out further its opposition to the proposal, saying that it still believed it was right for Balfour Beatty to sell its consultant arm Parsons Brinckerhoff, a process that is well underway.

Carillion’s change of heart over the sale of Parsons was the reason Balfour Beatty gave at the end of July for the collapse of the merger talks.

The firm said: “In evaluating the proposed combination the Board also considered the right strategic approach to maximise value for shareholders.

“The Board believes this is the right time to sell Parsons Brinckerhoff, but believes Carillion’s approach for the entire Group at this stage of the construction cycle is opportunistic.”

Balfour Beatty also questioned Carillion’s ability to manage the combined firm, which would have annual revenue of £14bn and around 80,000 employees, saying it would be “of a significantly larger scale and diversity than the Carillion management team has previously managed”.

“The proposed retention of Parsons Brinckerhoff exacerbates the scale of the challenge at a time when the management team would be undertaking a fundamental downsizing of the UK construction businesses,” the firm said.

It added: “The implementation programme would be complex, requiring simultaneous business restructuring, integration and outsourcing, at the same time as a significant IT change programme which is already under way.”

Balfour Beatty said that the merger would involve reducing its UK construction business by up to two thirds, and “such rescaling would require a significant reduction in overheads, just to maintain current margins (equivalent to over 6% of the lost revenue)”.

The firm added: “This cost reduction will reduce the amount of available synergies that flow through to profitability. Cost savings driven by shrinking the business should not be confused with synergies.”

“These reductions in cost will reduce the amount of the £175m that could enhance profitability. A smaller UK construction business would have a lower addressable cost base, further reducing the potential synergies available from any transaction.

“Incremental value for shareholders can only be generated by increasing absolute profit and cash returns.

“Taking into account the revenue reduction detailed above, the capitalised value of the synergies would be materially lower than the over £1.5bn suggested by Carillion.”

The firm also said the merger proposal would limit the firm’s opportunity to benefit from the recovery in construction in the UK.

The firm said its troubled UK construction business was “best placed to benefit from any recovery in UK construction, and is already showing signs of such a recovery”.

He said: “The forthright tone and comprehensive nature of this long statement suggests that Carillion might as well back off.

“The firmness of the rebuttal of Carillion’s efforts to extend the conversation suggests to us that further efforts to engage will end in failure.

“We believe that is unfortunate as the combination of the two operations would have created a very strong business potentially in the FTSE100 and accelerated the managerial improvements that need to be made at Balfour, an issue on which both parties agree.”

He said Balfour Beatty’s management had now put itself under pressure to demonstrate that it can get a good price for Parson Brinckerhoff and return £200m to shareholders, as well as “improve substantially its UK Construction operations by reducing costs and winning good projects”.

He said the firm has also said it will realise further savings in overheads of around 1% of revenue and use the sale of PPP/PFI assets to bridge the gap in funding between now and when the operational performance improves.

He said: “Can Balfour Beatty management achieve what it has outlined this morning? The track record suggests that there have to be big doubts that it can improve performance.

“Is the business that Balfour will create attractive? The notion that a construction company with an investments arm based in the UK and the USA is highly attractive is one with which we struggle.

“There is no doubt that in terms of the where we are in the current economic cycle the markets should provide a good platform for a number of years. It will however be a business confined to low margins over most of its activity and subject to cycles in the economy which it will have few means of mitigating.

“The business described by Carillion would have more stable revenue streams as a larger proportion of revenue would arise from long term services contracts.”