Balfour Beatty says Carillion’s calculation that a merger between the two firms could create £1.5bn of added value is “incorrect”

Balfour Beatty has said Carillion’s calculation that a merger between the two contracting giants could create £1.5bn of added value, a key part of Carillion’s attempts to woo Balfour’s investors, is “incorrect” and is unlikely to be achieved.

This morning Carillion set out its detailed plans for a merged business combining the two firms which included £175m of annual cost savings, which, when capitalised, would add £1.5bn to the value of the company combined entity.

Carillion’s move this morning was designed to tempt Balfour Beatty share holders and force Balfour’s management back to the negotiating table after two of its merger offers have been rejected.

But in response, Balfour Beatty said this morning that Carillion’s announcement still “did not address significant risks” that it set out when it rejected Carillion’s second merger proposal on 11 August.

It said: “To benchmark a series of theoretical cost reduction opportunities, represent them all as synergies, and further, to represent them as incremental value creation directly arising from the merger proposal is incorrect.”

Balfour Beatty said it had “serious reservations as to the achievability of the stated synergy number” and that it came with “unacceptable operational and financial risks”.

It added that Carillion’s business plan had “several key assumptions” that “suggest an analysis based on the integration of businesses smaller than Carillion’s, rather than one that is substantially larger”.

It added: “In particular, the substantial rescaling - possibly by up to two thirds - in the revenue of Balfour Beatty’s UK construction business would eliminate future earnings recovery potential. It would also incur cash outflows of many hundreds of millions of pounds of restructuring costs and working capital.”

Repeating one of its criticisms of Carillion’s plans that it made on Monday, it said Carillion had not provided “any strategic or value related logic” for the retention of Balfour Beatty’s consultancy arm Parsons Brinckerhoff, which it is in the process of selling.

It added: “Balfour Beatty has been clear that Parsons Brinckerhoff has not provided synergistic benefits for the group over five years of ownership, and this has not been disputed by Carillion.

“Their proposed approach would result in the likely termination of the Parsons Brinckerhoff sales process.

“This risks damage to that business, as well as eroding its competitive position, and potentially resulting in a loss of value to our shareholders.”

It said the board of Balfour Beatty was “confident that pursuing its strong independent strategy based around a recovering UK business, growing US market and significant investments business” was a more attractive option for restoring value to its shareholders.

The City’s verdict: The deal ‘should’ happen 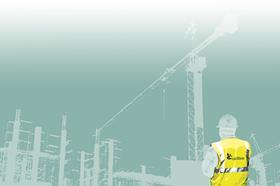 Joe Brent, analyst of Liberum, said that “egos aside” the Carillion and Balfour Beatty merger “deal should happen” because the “synergy prize is too big to walk away from”.

He added: “Historic deals would suggest that Carillion typically starts with an initial synergy target of circa 60% of their final objective, which would imply potential synergies of £290m.

Olivia Peters, analyst at the Royal Bank of Canada, said the strategy Carillion outlined for a combined business with Balfour Beatty “seemed sensible” and that the figure for savings from synergies between the two firms was “much higher than expected”.

Andrew Gibb, analyst at Investec, said Carillion’s continued desire to retain Parsons Brinckerhoff – which Balfour is in the process of selling –was telling.

He said: “We don’t see Parsons as being in the long-term plans for Carillion. However, it strikes us that the need to retain this business in the short term reflects the group’s view on the current state of Balfour Beatty’s construction division and the scale of the task ahead to implement a turnaround.

“The question for investors now is who is best placed to action this?”

Stephen Rawlinson, analyst at Whitman Howard, said: “Our sense is that the [merger] talks had been moving along quite nicely until Carillion realised that the cashflows from Parsons would be needed to fund the debt of the combined entity and possibly that strategically Parsons makes great sense in some territories as part of an integrated offering.

“Our view is that the level of potential savings could be much higher than indicated and the cost of achieving them much lower but Carillion is being cautious.

Rawlinson said the amount to be saved on an annual basis would be around 50% of the current level of underlying operating profit of the two companies.

“We believe that such savings are credible and could be exceeded and are unlikely to be achieved without the two companies coming together,” he said.

“The opportunity to combine with Balfour Beatty has been on the agenda for some time in Carillion’s strategy discussions and the timing seems now to be right to move ahead.

“Balfour Beatty on its own seems to have had the chance to get its house in order in the recession but has not succeeded.

“Savings of the levels described are something that Balfour Beatty shareholders cannot ignore as the prospect of another six months without a viable CEO, the debt position worsening and possibly jeopardising operations, and the sale of possibly the best business in the portfolio is not attractive.

“[A] merger with Carillion is not risk free but provides a break with the recent inglorious performance and has no greater risk than going it alone but a much higher level of reward.”