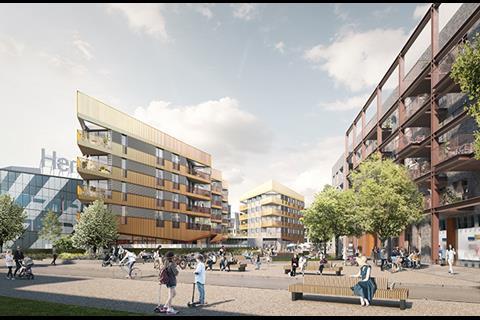 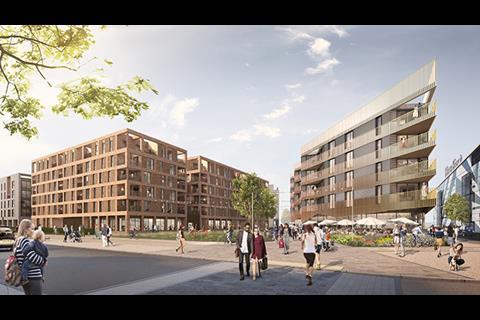 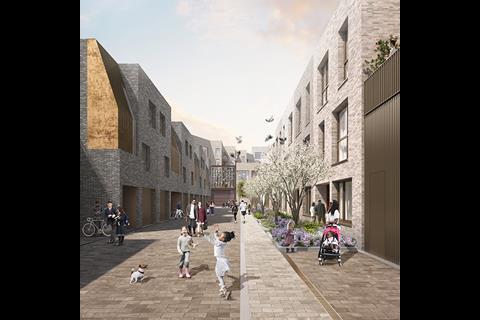 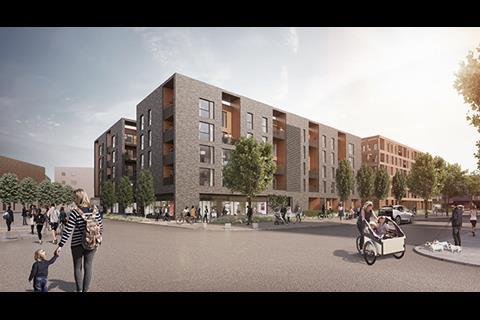 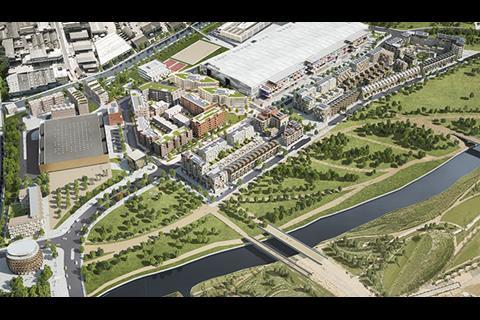 Balfour Beatty’s investments arm has won planning for the first 300 homes of its planned 1,500-home development at London’s Olympic Park.

The scheme, being delivered in joint venture with Places for People at the western edge of the park, has been approved by Hackney and Tower Hamlets councils.

Just over a third of the homes will be affordable, with a further third for private rent and the remainder for private sale. It will also provide a nursery as well as retail and employment space.

In the first phase Studio Egret West has designed two buildings while A-Studio and Piercy and Co have designed a building each. Fabrik is providing landscape design across all the phases.

The new neighbourhood will be called East Wick & Sweetwater and is situated by the Lee canal.

Work on the first phase is expected to start this year with completion set for 2019.