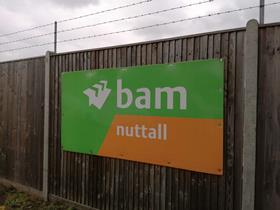 Ruth Dunphy joins Bam’s UK civil engineering business from the National Nuclear Laboratory, an arms-length government body where she was in charge of finance since 2015.

Dunphy previously worked as the UK finance chief for MWH Global, a water and resources engineering firm, as well as finance director for Carillion’s water and gas division between 2006 and 2008.

Dunphy replaces Geoff Renshaw, who has retired after 17 years at the firm.