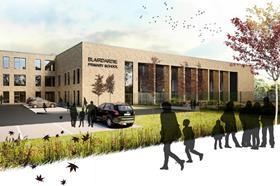 Bam Construction has begun work on a £18m deal to build a brace of schools in Glasgow.

Completion of Carntyne is scheduled for autumn 2018, with Blairdardie to follow in spring 2019.

The two jobs were funded through the Scottish Futures Trust, which delivers public infrastructure investment on behalf of the Scottish Government.

Bam has recently finished the £27m Barrhead Secondary School job and work on Our Lady and St Patricks for West Dunbartonshire Council valued at £25m. Both were delivered in partnership with Hub West Scotland.

The firm, which landed spots to the Education and Skills Funding Agency’s revamped £8bn school building framework in November, also got the go ahead for another school job this week.