Bam has said that it plans to reopen its London sites on Monday – as the firm was appointed to what will be its largest ever contract in the UK.

The contractor has around seven sites in the capital including a new Facebook headquarters at Argent’s King’s Cross redevelopment worth around £200m, currently the firm’s biggest job. It is also working on several private developments and is also believed to be working on parts of the Palace of Westminster restoration. 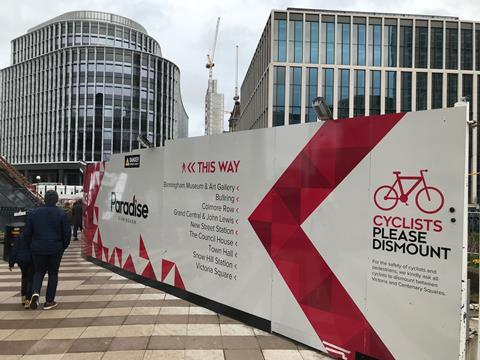 The firm’s London director Rod Stiles said: “We have been carrying out essential maintenance and security operations and staff are currently preparing the sites and welfare for restarting all projects from Monday morning.”

A number of other major London contractors, including Mace, Multiplex, Lendlease and Sir Robert McAlpine, have all shut sites in the past week.

Mace has closed sites until next Tuesday at the earliest while Lendlease yesterday confirmed that its jobs, including the Google headquarters building at King’s Cross and schemes at Bishopsgate in the City for Stanhope, remained suspended for “the near term”.

Multiplex has shut sites indefinitely while McAlpine sites across the country have ground to a halt forcing the company to furlough hundreds of its staff.

Bam has around 50 sites in the UK with around 20, including those in London, suspended for now. Other major sites that have stopped include its 103 Colmore Row scheme in Birmingham as well as its work on the Paradise development in the city centre – also for Argent.

Meanwhile, the firm has been confirmed as main contractor for a 23,500-capacity arena in the shadow of Manchester City’s Etihad stadium.

Building revealed in February Bam had pipped Laing O’Rourke and McAlpine to the scheme which is understood to have a construction value approaching £300m – making it bigger than the Facebook job.

Designed by Populous, the architect behind the Tottenham Hotspur stadium, the scheme is being masterminded by Los Angeles-based entertainment developer Oak View Group.

The arena will be a focal point of the Etihad campus and be a rival to the 21,000 capacity Manchester Arena in the city centre which celebrates its 25th anniversary this July.

Others working on the scheme include Turner & Townsend, Deloitte and Buro Happold along with US sports specialist ME Engineers and Surrey-based acoustics consultant Vanguardia. 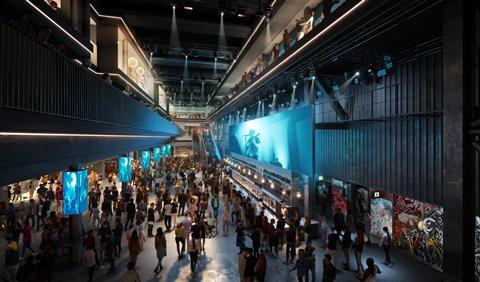 How the inside of the new arena will look