Bam UK has rebounded this year with a 40% jump in revenue across its construction, property and civil engineering divisions for the first half of 2021.

The contractor said the strong performance of its UK business helped the wider group recover to an adjusted EBITDA of £134m (€157m), compared with a £46m (€54m) loss in the same covid-hit period in 2020.

Despite the wider group’s construction and property order book dipping by 6% this year, it said the £253m Co-op Live arena in Manchester – Bam’s largest ever contract – helped its UK order book grow from last year. 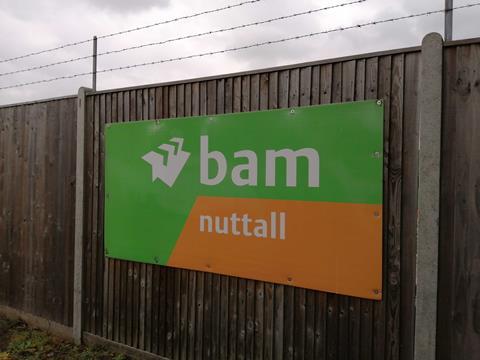 And the group said the performance of its UK civil engineering division was the main driver behind a 20% rise in revenue across the wider group’s civils operations, helped by UK government support for large infrastructure projects.

The group blamed the poor performance on cost overruns for big contracts, adding that it had decided not to tender for several new large projects in the Netherlands including two major highway schemes.

And the group, which has been undergoing restructuring since February, appears to have strengthened its position in Germany after a problem job in the country in 2020 contributed to losses of more than £100m.