Bam's £100m Glasgow scheme to be a new hub for HMRC

Tax man is rationalising its estate into 13 regional hubs

HM Revenue & Customs (HMRC) has chosen a site being developed by Bam Properties and Taylor Clark Properties in Glasgow’s International Financial Services District for part of its new regional hub in the Scottish city.

HMRC is condensing 170 offices into 13 regional hubs as it aims to save the taxpayer £100m over 10 years. 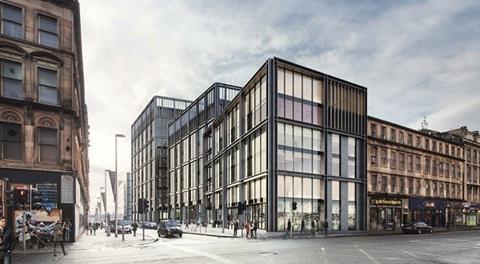 The hubs, which include Croydon, where HMRC has signed a 25 year lease to take the entire 180,000 sq ft of space at One Ruskin Square designed by Shedkm for Stanhope and Schroder next to East Croydon railway station, are expected to be fully operational by 2021.

Turner & Townsend was appointed as the strategic delivery partner to HMRC on the scheme in March last year.