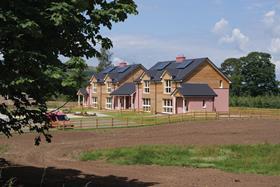 Housebuilder Barratt has said it expects its pre-tax profit for the last six months of 2012 to more than double from its profit in the same period of 2011.

In a statement to the City the firm said it expected to report a pre-tax profit of around £45m in its interim results next month, up from £22m in 2011.

The firm said it expected to deliver a “significant improvement” in profitability in 2013.

The firm said the government’s NewBuy scheme, which as used in 7.7% of reservations over the period, was a “priority selling tool”. It added that it expected to see improvements in mortgage lending in 2013.

Mark Clare, Group Chief Executive said: “This has been a good first half performance.”

“We have been investing for the future, successfully securing higher margin land both in the South-East and across the rest of the country that will drive further profit growth.”