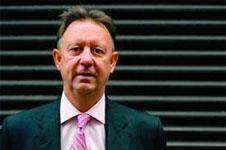 Housebuilder Barratt has announced it is ramping up its London development pipeline and is targeting 2,000 completions per year in the capital in the medium term.

Barratt also announced it has progressed two joint ventures that will deliver around 1,100 homes in the capital.

Barratt London and British Land have secured planning permission for 463 homes, a 160 room hotel, retail and office space at Aldgate Place on the edge of the City.

The development will include three towers of over 20 storeys as well as public space and a pedestrian street.

It will have a gross development value of around £250m and work is scheduled to start early in 2014.

Barratt also said it is progressing a second joint venture with L&Q to deliver a mixed-use scheme in Nine Elms.

“We are planning to deliver 2,000 new homes a year in London and our technical capability to deliver complex schemes in the capital is providing us with a competitive edge in securing new business.”