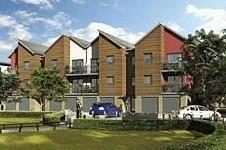 In a statement to the City this morning, the housebuilder said market conditions for the period 1 July to 11 November had remained stable with no adverse impact from the Olympics, and its London business “in particular is continuing to trade strongly”.

The firm said: “Overall underlying prices have remained stable during the period, with greater strength in London and the South-east. Further changes in product mix are expected to deliver growth in private average selling price in the first half and full year 2013.”

The firm said interest in the government’s NewBuy mortgage indemnity scheme had increased during the Autumn selling season and, for the period, reservations supported by NewBuy totalled 9% of private reservation.

It added that it would use its funding through the FirstBuy shared equity scheme to target sites where affordability remains a key issue, “in particular focusing the product to drive sales on older and impaired developments”.

The firm added: “Despite the positive impact of these government initiatives, we continue to believe that a step change in mortgage lending is required to see a sustainable increase in the number of new homes being built.

“The Bank of England’s Funding for Lending Scheme, launched in July, has the potential to stimulate mortgage lending, with around 30 lenders now signed up to the programme, including the UK’s five largest lenders”.

The firm added: The Group is on track to deliver further significant improvement in profitability for both the half and full year 2013.

“Against a stable market backdrop, these improvements will be founded on the increased delivery of newer higher margin land in combination with the continued focus on driving efficiencies throughout the business.

“At the same time we will continue to identify and approve the purchase of new land that meets or exceeds our hurdle rates for profitability and return on capital.

“While we are supportive of the government schemes such as NewBuy and FirstBuy, we continue to believe that any significant improvement in market conditions will be driven by increased mortgage availability and approvals.”