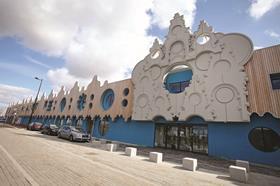 Building understands the architects were appointed last week and have already been briefed on the first major potential job to be procured through the framework – a planned £100m plus headquarters for BBC Wales in Cardiff.

The BBC has shortlisted three sites in Cardiff, to the north or south of Cardiff station or in Cardiff Bay, but has not made a final commitment to the scheme.

A BBC spokesperson said: “Following a competitive process, the BBC has now selected its preferred suppliers for the framework agreements for property professional services including architects and interior designers, engineers, project managers, cost management and CDMC.

“As required by procurement regulations, the standstill period is being observed and it is intended that the contracts will be signed next week.

“The BBC doesn’t propose to reveal the identities of these suppliers until such time as this process has been completed.”