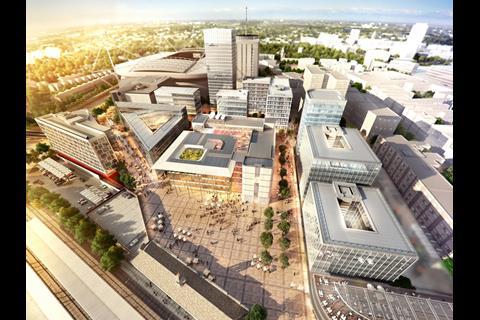 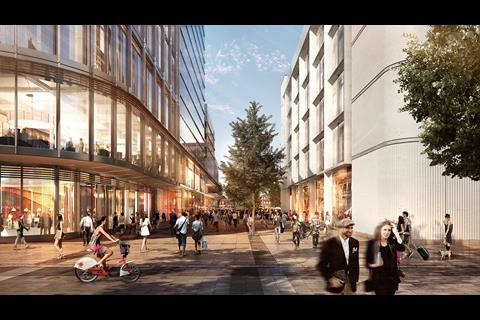 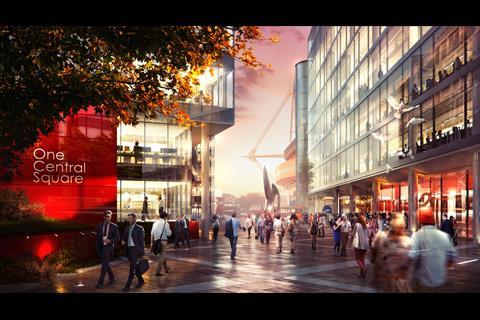 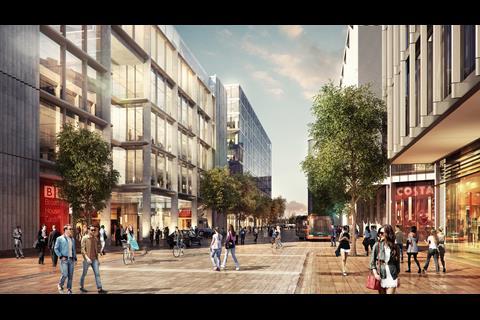 Architect Foster + Partners’ masterplan for a massive redevelopment of Central Square in Cardiff has been unveiled.

The scheme, for Cardiff council and its development partner Rightacres Property, includes over 1m sqft of office, retail and residential space.

It also includes a major new square in front of Cardiff central station, where there is currently a bus station.

Under the plans there will also be a direct pedestrian route from the Square to the Millennium Stadium, which has been designed to handle large volumes of people as they make their way to and from the Stadium.

Central to the masterplan is the new BBC Wales HQ, which is due to complete in 2017 and it also designed by Foster + Partners.

Phil Bale, Cardiff council leader, said that Central Square would be a “key gateway to Cardiff and the wider city region for many potential investors, residents and visitors”.

He added: “Its role in providing a positive image for Cardiff and Wales cannot be underestimated.”