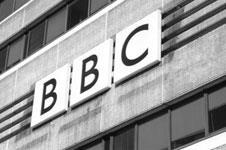 The BBC has been criticised in a report by the National Audit Office today, for failing to get value for money on three major projects around the country.

The projects, which have cost a total of £2bn, include the redevelopment of the BBC's London headquarters, Broadcasting House.

The report, released today, said the refurbishment of Broadcasting House was over four years behind schedule and £55 million over budget. The project was planned to cost £991 million and be finished by December 2008. It is now expected to cost £1.05 billion and be completed by April 2013.

The audit office accused the corporation of poor management on the scheme and said that the first phase of the project “got into serious difficulties before the BBC took action.”

The report added: “The full scope of the project was not defined clearly at the outset, and weak governance and poor change control processes contributed to severe delays and increased costs.”

Problems with two other projects were highlighted in the report - the BBC's Scottish headquarters in Glasgow and its new base in Salford.

Pacific Quay in Scotland was to have cost £126 million and be completed by June 2006. But the building was delayed by a year and cost £188 million.

The report said: “The BBC is not well placed to demonstrate value for money from the £2 billion it has committed to spending on the three projects over their life. The absence of clear assessments of intended benefits at the outset means there is no baseline against which to measure achievements.

“For future major projects, the BBC needs to make sure that investment decisions are based on a full assessment of the scope and cost of the project; there are clear baselines so that performance can be measured and project teams held to account; and proposals submitted by management are reliable and subject to effective challenge by the BBC Trust.”

A BBC spokesperson said: "The three projects reviewed - Pacific Key, MediaCity and Broadcasting House - are complex projects that have been designed to not only accommodate programme makers and technical facilities like studios, but to be enduring landmark buildings that the public use. Pacific Quay is already enabling the BBC to deliver better value for money, and we are confident that will be achieved for the projects in Salford and London. All three projects are now on track and once completed the total cost of property management at the BBC will fall by £50m per year."

The BBC is expected to carry out checks on all projects in the wake of the report.