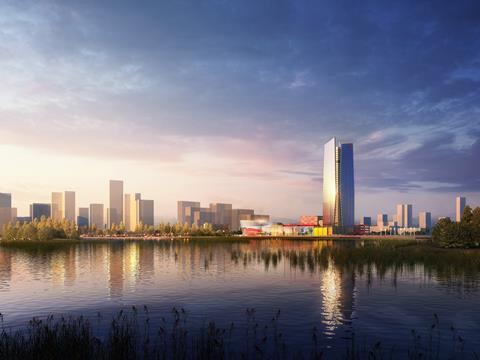 Architect BDP has won a contract to design a broadcast centre complex in China’s Shanxi province including a 198m-high tower.

The tower in Taiyuan, the capital of Shanxi province, will contain offices, ten studios and post production and broadcast facilities for the Shanxi Broadcast & TV Channel.

The project is expected to complete in 2014.