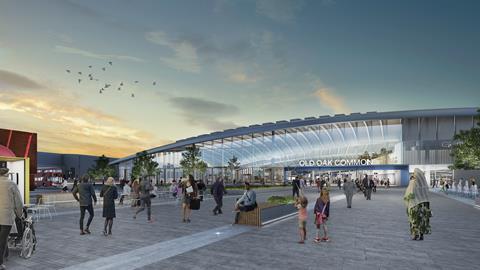 Bechtel has launched legal action against HS2 after missing out on the £1.1bn contract to build Old Oak Common station.

The US contractor, which missed out on the deal last month, filed a part seven claim against High Speed Two Limited 10 days ago.

The firm is contesting the decision which saw a joint venture made up of Balfour Beatty and Vinci come out victorious.

Bids from a Bam Nuttall/Ferrovial team and a joint venture made up of Mace and Dragados were also overlooked.

Bechtel pulled out of the bidding last year for the Euston Station, won by the Mace/Dragados team, terminal to focus its efforts on Old Oak Common.

Bechtel, which is being represented by London-based law firm Hogan Lovells International, declined to comment, while a HS2 spokesperson said the company could not comment on legal matters.

READ MORE: Is the future of HS2 at risk?

The firm has previously benefited from potential legal action on the £56bn project, having secured the role of development partner in April 2017 for the second phase of the high-speed rail line after Mace threatened legal action over that contract award.

It took over the £170m role initially awarded to US consultant CH2M in February that year, after third placed losing bidder Mace threatened legal action over that contract award.