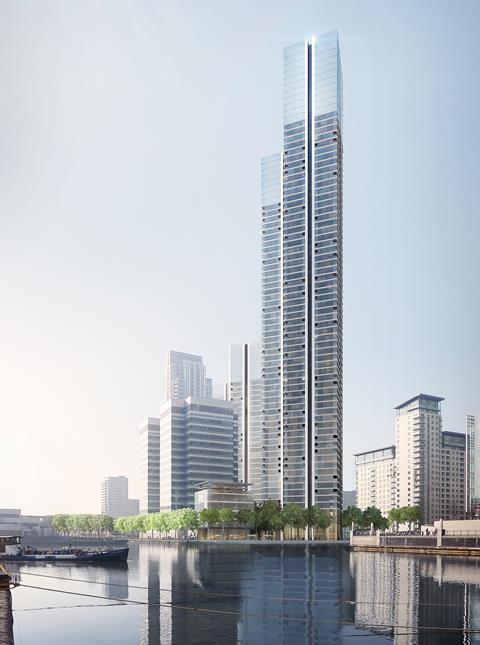 Berkeley Homes has submitted plans to Tower Hamlets council for a 73-storey residential tower on London’s Isle of Dogs.

The tower, designed by architect Foster + Partners, would be accompanied by a smaller tower of 36-storeys and the whole scheme would provide 900 homes.

The scheme was under consultation between June 2012 and February 2014 and was, according to Berkeley, “well received” by stakeholders.

Harry Lewis, managing director at Berkeley Homes (South East London) Ltd, said the submission of the plans were the “culmination of over a year of hard work by the project team” on a “world class development”.

He added: “We will provide much needed new homes, including new affordable homes, over an acre of new and enhanced public open space, a re-activated waterfront onto South Dock and the Millwall Cutting, as well as space for retail, bars and restaurants. This is a rare opportunity to deliver such significant, high quality public realm in Canary Wharf.”