2
Best Housebuilder of the Year
News

Best Housebuilder of the Year 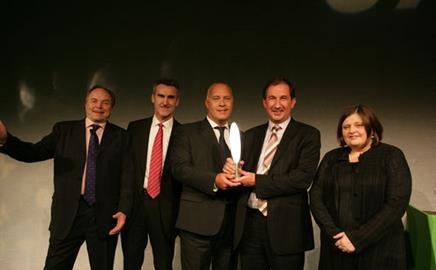 This is the latest addition to Berkeley Homes’ impressive portfolio of awards for sustainability. It also came first in this year’s ranking of the top 20 most sustainable housebuilders, which is put together by a team of sustainability experts. The reason it does so well is because sustainability cuts across everything Berkeley does. All of its recent developments have been on brownfield land and its homes typically have a carbon footprint 22% less than out-of-town housing developments. Berkeley is looking ahead too, and has come up with an urban house design that can be built at twice the density of normal developments, incorporates solar water heating and whole house ventilation with heat recovery. The home also has rainwater harvesting, grey water recycling and sustainable urban drainage as standard. Sustainability also extends outside the home – all its sites have site waste management plans and car club schemes feature on several of its developments.

Barratt is pushing hard on the sustainability front. Work has just started on its prototype home at BRE in Hertfordshire, which aims to achieve the top Code for Sustainable Homes rating of six. It is also trialling a range of renewable and low energy technologies at its EcoSmart show village at Chorley, Lancashire. The work is being independently assessed by the University of Manchester and the good news is that Barratt will share the results with the rest of the industry, which should help everyone make their housing schemes perform better. Eighty per cent of its developments are on brownfield land and it has just embarked on a drive to improve material recycling rates.

This developer is a sustainability veteran, having won plenty of awards for its schemes. Many of its current schemes have good green credentials. For example its Accordia scheme in Cambridge is green in the truest sense of the word, as it was designed around 700 mature trees, and uses timber certified by the Forest Stewardship Council for the construction of the homes. Other schemes feature sustainable urban drainage systems, green roofs and mechanical ventilation systems with heat recovery.

Setting a target of reducing carbon dioxide emissions from its new homes by 25% more than Building Regulations require is simple but effective. But Inspace doesn’t just stop at the emissions from its developments, it is also tackling those from its offices and staff. For example at least 20% of the workers on its sites must be local to cut down on transport emissions. Its staff even get domestic energy monitors so they can see how much electricity they are using at home, the idea being that increased awareness will feed back into Inspace’s projects.

Saint-Gobain Isover is one of the UK’s leading manufacturers of insulation.

Not only does it manufacture insulation for roofs, walls and floors from glass mineral wool, one of the earth’s most abundant natural resources and an infinitely sustainable one, but it brings a green approach to many of its logistics procedures as well.

It was the first insulation company to introduce palletisation and compression packaging technology that enables more product to be stored in a smaller space, thus requiring fewer vehicle journeys.

Isover insulation contains around 80% recycled glass to meet the requirements of specifiers and users for insulation materials that not only deliver technical performance but also come with exceptional green credentials.