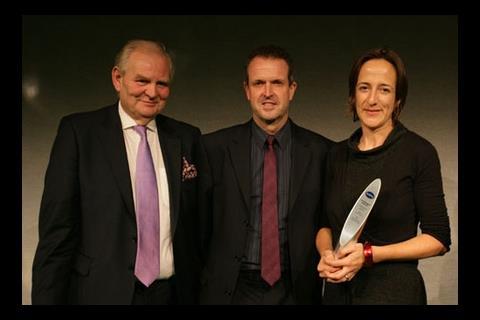 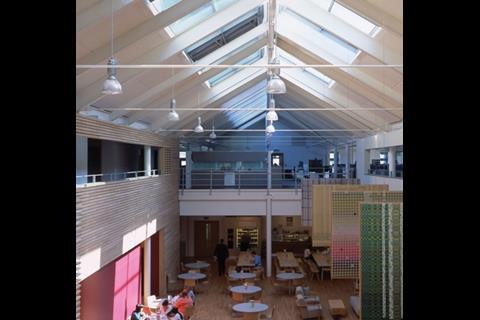 Heelis, the National Trust central office in Swindon, is an exemplar in two vital areas. One is that it demonstrates that buildings with normal commercial constraints can be made significantly greener for little extra cost. The second vital area is the commitment from both the project team to measure the performance of the building rigorously and to work closely with the building occupiers to ensure that the targets are met.

Designed by architect Fielden Clegg Bradley, the scheme had a limited budget, as it had to be built for the same cost as a standard building, yet it produces only 28kg of CO2 per square metre per year. This compares favourably to BRE’s energy-efficient office of the future benchmark of 32kg. This is partly down to the photovoltaic array that cuts the building’s energy consumption by 15%.

Other features include timber sourced from National Trust forests and undyed carpets sourced from Herdwick sheep, which helped a small producer stay in business. For fuil information and post occupation data on this project go to the National Trust case study

Fancy a ‘green’ pint? Well you might be one of millions of people whose pint has been brewed under the UK’s largest ‘living roof’. The 4500m2 grass roof is just one of the sustainable initiatives used in the construction of Adnams Distribution Centre in Suffolk. The £5.8 million, single storey warehouse has been built in a disused gravel pit with the aim of reducing energy usage and carbon emissions while enhancing biodiversity.

Designed by Aukett Fitzroy Robinson, the warehouse features curved glulam beams which form the roof structure while the walls are made of mixture of lime, quarry waste and hemp which are compressed into blocks. Solar water heating provides the building with 80% of daily hot water requirement while rainwater harvesting is used to irrigate the green roof and vehicle wash. The warehouse area boasts an air leakage result of 3.11m3/h/m2 at 50 Pa compared to the Building Regulations requirement to achieve 10m3/h/m2 at 50 Pa.

Cambridge University’s Gonville and Caius College challenged Fulcrum Consulting to engineer a ‘highly insulated, low energy building’ to expand the learning facilities. Named after the research biologist Professor Stephen Hawking, the £10.5 million structure incorporates a specialist light and ventilation design to cool the building in the summer and warm it in the winter.

Air is drawn up through ventilation pipes from the underground earth tubes which are held in place by metal plates. Fulcrum found that the angle of the metal plates affects the level of heat transfer, and therefore modelled the pipes and angles of blades specifically for winter and summer conditions.

Other green initiatives include rainwater harvesting for use in watering garden areas, PIR, daylighting sensors installed in lighting across the building, and the implementation of low flush WCs.

This 4,500m2 green office has raised the bar in sustainable building after achieving the highest ever score from BRE’s BREEAM team. However, its 87.55% score was no fluke. King Shaw Associates ensured that its team would fulfil the brief of delivering an outstandingly sustainable building from the outset.

The £5.5m building in Leeds used innovative technologies to reduce consumption and carbon emissions in construction and is designed for passive energy conservation. Pre-cast panels of recycled concrete were used for the walls and externally insulated to achieve 0.15W/m2K U-Value and high thermal mass.

CHP tri-generation and technology much like ice-storage has been incorporated to maximise operating efficiency. The office also boasts a 4.5% average daylight factor so electric light only required for 20% of working year. The company also claims predicted carbon emissions will be 22kgco2/m2 - a reduction of 80%.

Furniture companies across the country should take note. Ditch the MDF and chipboard, and get your hands dirty in the recycling bin. Miller Construction came up with the ingenious idea of using old mobile phones, yoghurt pots and even discarded Wellington boots to build the reception desk for the North Yorkshire Dalby Visitor Centre.

Given the brief of creating a high specification building which utilised environmentally friendly building techniques, Miller Construction delivered the green goods. The majority of materials and labour was locally sourced, while all the wood used for structural columns and roof was purchased from FSC managed forests. Continuing the recycled theme, recycled tyres and inner tubes were used for the roof covering.

The foundations feature screw-fast piles to reduce construction costs while technologies including a biomass boiler, wind turbines, solar collector and grey water recycling feature in the project. And if that’s not enough, the building can be completely dismantled and recycled at the end of its shelf life.

RYB Konsult’s key objectives were to maximise the thermal performance and the air tightness of the facades and structure of Prospect’s new headquarters in London.

The 2,200m2 office features chilled beams suspended from the exposed concrete soffits to provide cooling and fresh air throughout the building. RYB achieved an air permeability of less than 4.0 (m3/hr)/m2, half that of the contractual requirement.

Other features include daylight-linked fluorescent lights which are controlled by presence detection, roof mounted solar hot water collectors which supply the food preparation area, tea points and domestic outlets throughout the building, air tight ribbon and punched windows and a green roof.

ConstructionSkills provides assistance in all aspects of recruiting, training and qualifying the construction workforce. It also works with partners in industry and government to improve the competitiveness of the industry as a whole.