12
Sustainable Client (or Developer) of the Year
News

Sustainable Client (or Developer) of the Year 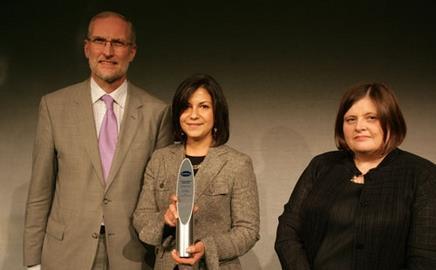 British Land’s bold vision of achieving carbon neutrality by 2008/2009 is just one of the many reasons why it has stood out from the crowd. Runner up in last year’s competition, the developer has continued to up its game, with sustainability at the heart of all its projects. It has laid out a sustainability brief which every contractor must adhere to and has been ranked among the leading financial firms by the Dow Jones Sustainability Index since 2002. British Land has trained its Corporate Responsibility Director to be BREEAM and EcoHomes assessor while ensuring that reductions in water usage, waste to landfill and carbon emissions are enforced on all its projects. The firm's 2007 portfolio showed that overall energy use dropped by 4% and water use by 16% and it believes its two recent developments in Central London - 201 Bishopsgate and Broadgate Tower - are forecast to be 29% better in performance than required standards.

English Partnerships has impressively increased its portfolio of sustainable housing developments. Its current project with developer First Base looks to regenerate the heart of East Greenwich and create the country’s first major carbon neutral development. The firm hope this pilot scheme will create a blueprint for future schemes across Greater London.

Shed developer Gazeley has rapidly earned a reputation as one of the most ambitious and forward thinking clients in the industrial sector. Using its Eco-Template concept, Gazeley’s warehouse buildings are setting the benchmark for sustainable development and delivering impressive energy, water and carbon dioxide reductions in the environmental performance and operational costs of new warehouse buildings.

Hampshire County Council has demonstrated its strong commitment to sustainability by voluntarily signing up to the Aalborg Commitments which provide a sustainable framework to adhere to. The judges were particularly impressed by the Ashburton Court project which saw the refurbishment of the environment department headquarters. The council made the brave move of refurbishment rather than rebuilding on environmental grounds. The building is to be more energy efficient, have better water consumption, use natural ventilation rather than mechanical cooling systems, and will even use the heat generated from the IT suite to heat the building.

Prologis’ ambition is highlighted in its aims to go beyond low-carbon status or carbon-neutrality, to a positive carbon footprint for its developments. It is planning the UK’s first carbon positive business park in Staffordshire. The industrial developer has employed a wide range of renewable and design features on its projects to assess the viability of emerging technologies, most recently on its Stoke-on-Trent Sideway development

Sponsored by Mott MacDonald
Mott MacDonald is one of the world’s leading employee-owned management, engineering and development consultancies with over 11 000 staff and work in 140 countries. The company is committed to making a positive contribution to the welfare of the communities, environment and marketplace in which it operates and embraces ethical values, community responsibilities, social impacts, sustainability, protection of the environment, prudent use of natural resources, economic advancement and employment. Working across all sectors covered by the sustainability agenda – buildings, water, energy, education and health, environment, transport and industry – means Mott MacDonald is uniquely place to influence development programmes to promote sustainable thinking and to help improve the well-being of communities.