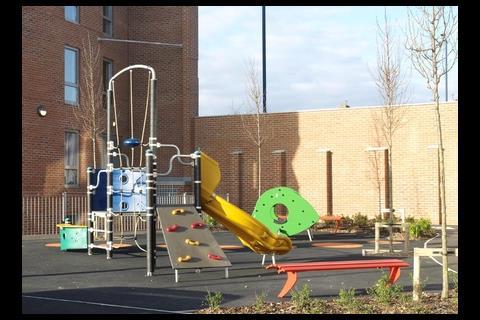 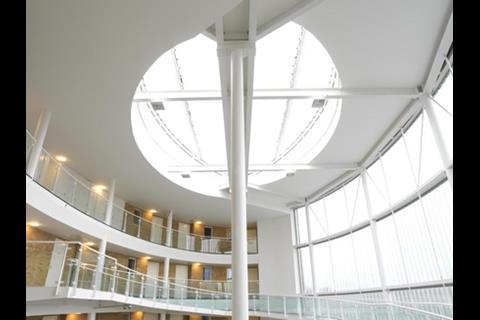 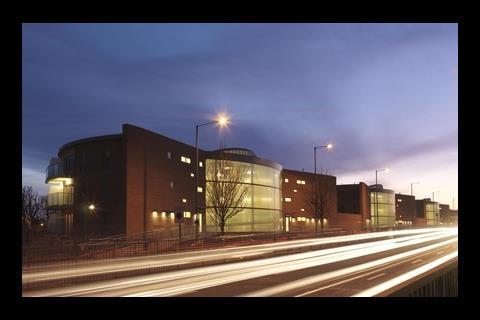 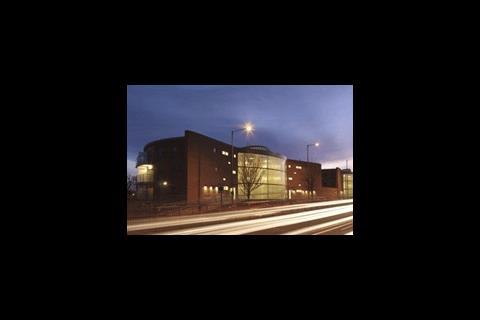 The UK’s first example of a new type of renewable energy is being trialled at a social housing scheme in West London. The Westway Beacon scheme, situated off the A40 and completed last autumn, is using an Aquifer Thermal Energy Storage (ATES) system. The technology is supplied by an outfit called Iftechnology and the technology has a big fan in the services consultant on the scheme, Fulcrum. Speaking at a launch event for the project earlier in the summer Fulcrum director Brian saw it as a possible solution to the major need for renewable technologies for the capital. “It’s particularly interesting for London,” he said, especially compared to rival renewable systems. Mark runs through the other technologies that could be used to hit the need for 10-20% on-site renewable generation. Photovoltaic is an emerging technology but too expensive reckoned Mark, solar thermal is largely limited to working in the summer and biomass is tricky. “Burning wood in London is under intense discussion,” he said. “It could be argued that London is nicking the only cheap fuel that rural communities have got. That leaves you with ground source heat pumps.”

And Mark firmly believes that the ATES system will perform better than more conventional ground source heat pumps. “There’s diminishing returns on other systems,” he said. “If you keep extracting heat from the water eventually the temperature goes down. Over time you find that it needs more electricity to generate the same amount of heat.” The Iftech system is different, argues Mark (see how it work below).

Fulcrum is obviously going closely monitoring the system and received the backing to measure the scheme last month. “We are hoping to get a co-efficient of five when the system is heating – for one unit of electricity we are hoping to get five units of heat,” said mark. And he’s expecting a much higher co-efficient for cooling – between 25-45. “It’s a work in progress,” he said.

The teams appears to have some lady luck when applying to access the aquifer below the scheme. “Access is controlled by the Environment Agency but we go permission within weeks,” he said. “We found out the environment agency officer was doing a PHD in using ground water.” Mark added that it was somewhat of a lottery as to whether you can access such a resource. And the use of such technology in a place such as Birmingham has considerable potential. “London sits over chalk. It’s better in Birmingham which is above sandstone chalk. In London you get half a megawatt per bore hole but in Birmingham it’s two megawatts per bore hole.”

The technology extracts cold water (approx between 9-11 degreesC) from a borehole in the summer months and using it to provide direct cooling for the energy cost of pumping only.

In winter the process is reversed the heat energy generated by cooling the home sin summer months is discharged into a second borehole creating a warm water field. This allows the flow to be reversed in the autumn/winter months and this higher water temperature is used to provide heating to the building, either directly or indirectly via heat pumps. Using a hot and a cold borehole enables a prevention of imbalancing the aquifer so there is no depletion of water over the year.

The team begun by digging a trial borehole to analyse the flow characteristics below the ground. The trial borehole located the aquifer at a depth of approximately 80m in the underlying chalk strata. Following the investigation two 600mm diameter boreholes were sunk on site at a distance of 50m apart in order that cross contamination between the hot and cold fields was mitigated. The trial borehole is now being used to provide the only supply of potable water to the site.