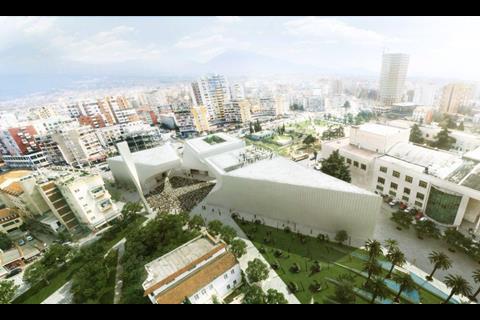 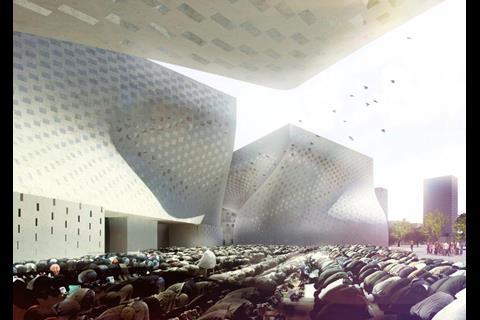 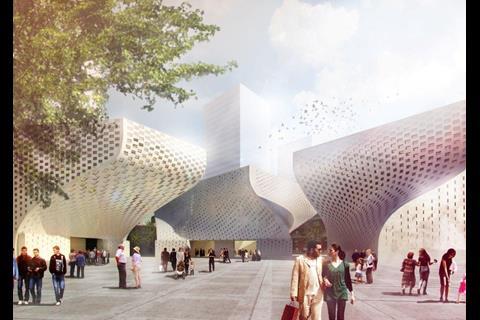 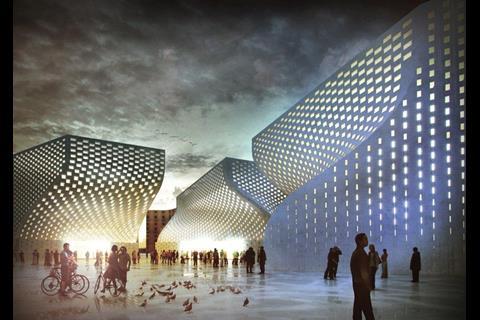 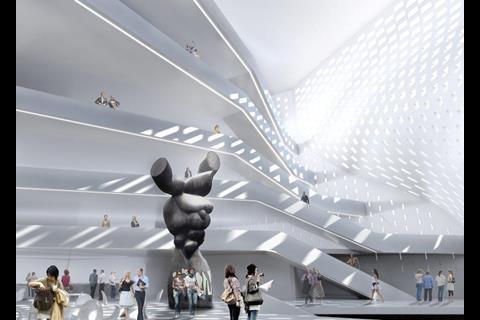 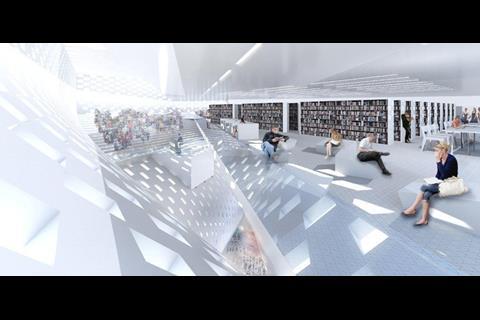 The development in the capital Tirana includes an unenclosed Mosque which will double up as a public square. The plans also include an Islamic Centre and a Museum of Religious Harmony.

The team led by BIG overcame competition from four other finalists, including Zaha Hadid.

Tirana is undergoing extensive regeneration, including restoration and refurbishment of some of the city’s historic buildings and squares.

The city is a crossroads for three major religions – Orthodox Christianity, Catholicism and Islam.

Edi Rama, the mayor of Tirana, said: ”The winning proposal was chosen for its ability to create an inviting public space flexible enough to accommodate daily users and large religious events, while harmonically connecting with the Scanderbeg square, the city of Tirana and its citizens across different religions.”

“With the construction of the New Mosque of Tirana, The Islamic centre and The Museum of Religious Harmony – Tirana will re-establish the equilibrium by adding a mosque to the newly completed Orthodox and Catholic Cathedrals – making Tirana an example for the rest of the world as a global capital of religious harmony.”