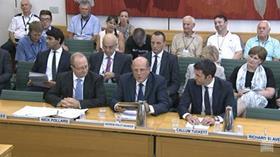 The eight construction giants behind a new scheme set up to compensate victims of blacklisting have said they will write to MPs to clarify a “misleading” letter suggesting the scheme had the backing of unions.

In a strained and sometimes tetchy evidence session before the Scottish Affairs select committee last week, bosses of Balfour Beatty, Vinci and Laing O’Rourke – representing the eight construction firms that set up the Construction Workers Compensation Scheme (TCWCS) this month – were taken to task by MPs on the committee for writing a “misleading” letter to every member of parliament prior to the launch of the scheme.

The MPs on the committee said the letter, along with the press announcement about the TCWCS, created the “false impression” that an agreement had been reached with unions about the scheme, when in fact it had been launched “unilaterally” without the backing of unions or representatives of the blacklisted workers.

The letter had said that “following eight months of discussions with unions and workers’ representatives, the scheme has now been finalized” and that “the eight companies are confident that TCWCS meets the unions’ stated objectives for a compensation scheme”.

Ian Davidson, chairman of the Scottish Affairs Committee, said was an “act of bad faith and a deliberate attempt to deceive”.

The bosses of the three firms appearing before the committee denied there had been any attempt to mislead, but conceded the letter, which was put together by public affairs firm Grayling, could be construed as misleading, with Nick Pollard, the chief executive of Balfour Beatty’s UK construction business, saying it suffered from “inept drafting”.

Andrew Ridley-Barker, Vinci Construction UK managing director, and Callum Tucket, Laing O’Rourke Group finance and commercial director, told the committee the firms behind the scheme would now write to MPs to clarify that TCWCS had been launched without unions’ agreement.

“I think we should write to members and point out that our letter might have misled them,” Ridley-Barker said.

Blacklisting came to light in 2009 when the Information Commissioners Office (ICO) seized a TCA database of 3,213 construction workers used by 44 companies to vet new recruits.

Richard Slaven, a partner at law firm Pinsent Mason, which drew up TCWCS, told the committee the firms had “consulted extensively” with unions and representatives of workers about the formation of the scheme and had “listened very carefully” to issues raised, but had been unable to reach agreement on some key points.

These included a demand that victims of blacklisting be guaranteed a job as part of any compensation settlement.

Slaven, appearing alongside the bosses of the firms, said that providing such a guarantee of employment posed “a significant risk of acting unlawfully”.

“We were very disappointed that we weren’t able to secure the agreement of the unions,” he added.

“We worked hard to do so – it wasn’t through wont of trying.

“Ultimately it became clear that we weren’t going to be able to satisfy every single demand.”

“The reason to launch it was because we reached a point where we felt there was no further progress to be made.”

Slaven admitted setting the level of compensation was an “inexact science”, but said had been determined based on “what we considered a court was likely to award for damages”.

However, Davidson said the committee had received evidence suggesting victims of blacklisting could expect to receive “significantly more” – and as much as “six times” as much – though the courts than was offered through the scheme.

The MPs also called for the life of the scheme to be extended to allow for the conclusion of the ongoing High Court case into blacklisting, so that awards through the TCWCS could be adjusted to match any awards determined by the courts.

Slaven said he would “take away [the recommendation] and discuss it with our members”.

Slaven said that over the first 10 days of the scheme, 1,100 people accessed the TCWCS website, with 175 people calling the helpline to ask for an inquiry form, of which around “a third” had been completed and returned.

Slaven said the scheme had been prevented from contacting individuals on the TCA blacklist directly after the unions applied for a court order preventing the firms from accessing the TCA files, which are now held by the information commissioner.

Slaven said the TWCS had now asked the Information Commissioner’s Office to inform the individuals directly about the scheme.

‘Verbal gymnastics’ over the definition of blacklisting 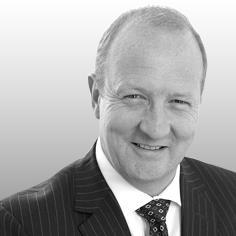 The bosses of the three firms that appered before the Scottish Affairs Committee, were also taken to task over their refusal to concede that the activities of the TCA constituted blacklisting.

The firms connected with blacklisting are currently facing a High Court group litigation order – similar to a US class action suite – from victims of blacklisting.

Although repeatedly apologising for the use of the TCA, Nick Pollard (pictured), Balfour Beatty’s UK construction chief executive, said whether the activities of the TCA constituted blacklisting was “a matter the court is trying to decide at the moment”.

Asked if Balfour Beatty was involved in blacklisting, Pollard said: “I don’t know that we were … I don’t want to get into verbal gymnastics on blacklisting but my understanding is blacklisting isn’t what was done.”

“I didn’t come here to play mental gymnastics over the definition of a word and I’m disappointed we’re doing that,” he added.

“It was wrong, morally wrong, but in my understanding it was not blacklisting.”

Andrew Ridley-Barker, Vinci Construction UK managing director, said the issue of whether the activities of the TCA constituted blacklisting was “at the core, at the heart, of the litigation that is ongoing at the moment”.

He said blacklisting involved the “automatic denial” of work and this was not the case with the services provided by the TCA.