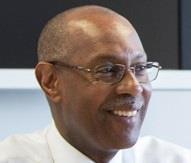 Bouygues UK chief executive Madani Sow has given a scathing critique of the state of the UK construction industry.

Speaking at the Construction Industry Summit in central London, Sow said it took 50% longer to deliver projects in the UK than in France and that the supply chain was “very complicated”. He added that he was exasperated at the waste of materials and time.

“[It’s] not right to have projects delivered late,” he said.

Discussing the need for contractors to be engaged at a much earlier stage in projects to encourage growth, Sow warned this would only be possible and sensible if contractors had the skills to be involved at a more innovative stage.

He added that contractors “should deliver something” themselves and not subcontract out the entire project to the supply chain, something, he said, France-based Bouygues makes sure they do.

Sow said the overall quality of the delivered product was better in the UK than in France, but felt UK contractors “lag behind” their French counterparts.

Bouygues, he said, entered the UK market because the country is business-friendly and an attractive investment environment, but said no growth in the industry would continue “if no solution is found” to the skills shortage.

Suzannah Nichol, chief executive at Build UK, also told the summit that to “get a better outcome we all need to stretch a bit”, while Mike Putnam, chief executive of Skanska, called for the industry to work more collaboratively.

This was echoed by Dr David Hancock, head of construction for the Government Construction Team, who said that in constrained fiscal times it was “about collaboration not money” and delivering “more for less”.

He added that the government had “not lost sight” of the large part the construction industry plays in the UK economy and was continuing to “upskill” as it seeks to “be a better client”.