Rob Bradley returns to the company 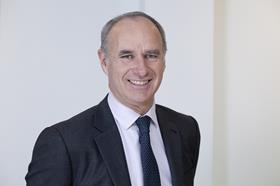 He takes up the role following the resignation of Christolomme, who is returning to France to pursue other opportunities after 28 years with the French giant which owns a telecoms arm and the French TF1 TV channel, the most popular in the country.

A former managing director at Willmott Dixon, Bradley was in charge of Leadbitter when it was bought by Bouygues back in 2012.

He left in February 2016 to join Midas where he was an executive director before leaving the regional contractor last September.

Tatton, who joined Bouygues UK in 2014, had led the firm’s Thomas Vale Construction operation until October 2016, when Bouygues dropped the brand name.

In its last set of results filed at Companies House, Bouygues UK posted a pre-tax loss of £78.5m in the year to December 2016 on turnover of £556m.