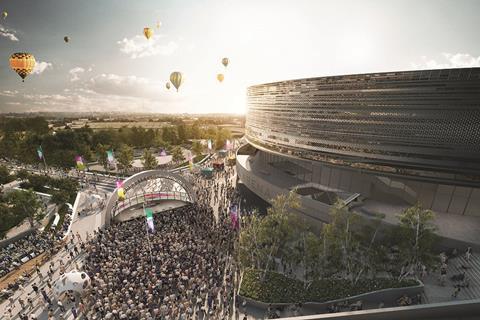 Bouygues has walked from the £90m Bristol Arena job after failing to agree a price for the project.

The contractor was appointed preferred bidder on the Populous-designed scheme last February.

At the time market sources told Building three of the five shortlisted bidding contractors – Laing O’Rourke, Bam and Sir Robert McAlpine - all departed the contest after refusing to sign up to the council’s “inflexible” bidding terms. Buckingham Group was the final shortlisted firm.

Bristol City Council insisted the arena would still open by autumn 2020 despite the setback. Work on the scheme near Temple Meads Station is expected to start next spring with a replacement contractor.

Marvin Rees, mayor of Bristol, added: “I am disappointed that although so much work has been put in for so long, and despite recent constructive and detailed talks with Bouygues, we have simply been unable to agree on the target cost for the arena.

“We’ve tried to close the gap and have reluctantly accepted that we will not reach agreement. I firmly believe that we can and will build the arena Bristol deserves but this has to be for the right price.

“We have made a lot of progress and are now seeking an alternative contractor to build the arena as soon as possible.”

Populous and Feilden Clegg Bradley won the RIBA competition to design the 12,000 capacity arena and developed the plans with engineer Buro Happold. Aecom is also on the project acting as cost consultant and employers agent.

Bristol is one of the last cities to build an arena with Populous having built a similar venue at Leeds, which opened in 2013 and which hosted the following year’s opening ceremony of the Tour de France which started in the city.