Bouygues was picked to build the Populous-designed Bristol Arena 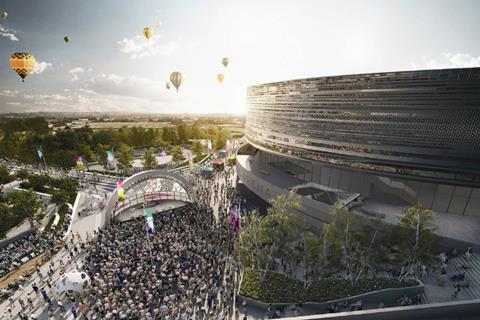 Bam, Sir Robert McAlpine and Laing O’Rourke all walked away from the contest to build the £90m Populous-designed Bristol Arena despite making the shortlist, Building can reveal.

Five firms, including Buckingham Group, were shortlisted for the job last November. But market sources said Bam, Sir Robert McAlpine and Laing O’Rourke all exited the contest after refusing to sign up to what one source termed Bristol City Council’s “inflexible” bidding terms.

A spokesperson for Bam, which built Leeds Arena, said: “Bam would have loved to build Bristol arena given our UK and Worldwide expertise and track record in this field.  We obviously hope the arena will be a big success for Bristol where so many of our people live and work.”

Bouygues and Laing O’Rourke declined to comment, while the council and Sir Robert McAlpine were unavailable for comment.

Populous and partner Feilden Clegg Bradley won the RIBA competition to design the arena in March, while Aecom has been appointed cost consultant and employer’s agent on the project.

Plans for the venue were submitted to Bristol council at the beginning of December. It will include an amphitheatre, performance area and outdoor seating and is scheduled to open in 2018.

The arena will sit in the Bristol Temple Quarter Enterprise Zone, which has been masterplanned by Allies & Morrison.

Bristol mayor George Ferguson has said that the contract would be a “great opportunity” for the winning contractor to “help shape the face” of the city.

“Bristol has waited over 20 years for an arena which will at long last play a key part in the regeneration of the Temple Quarter Enterprise Zone and will make a vitally important contribution to the local economy,” he added.

Bouygues is also in contention for UOL Group’s Pan Pacific hotel at 150 Bishopsgate as revealed by Building at the beginning of January, and last year won the third phase at Battersea Power Station.