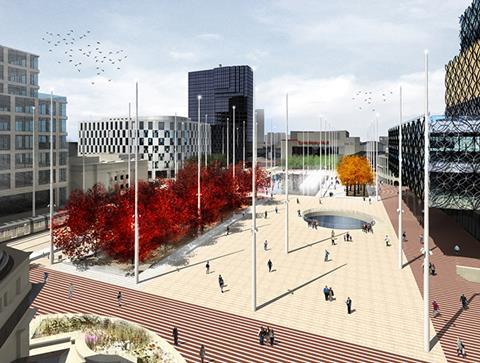 The projects include a £10m public square in front of the city’s Mecanoo-designed library.

The contractor is also working on a £5.5m contract to refurbish the University of Birmingham’s current facilities at 52 Pritchatts Road to provide teaching space for the Psychology and Brain Dependency unit.

Elsewhere Birmingham City council has engaged Bouygues UK to replace the structural cladding on the Elms Farm Primary School in the Sheldon area of Birmingham.

Last month Building revealed that the French-owned contractor was to be replaced on the £1bn third phase at the redevelopment of Battersea Power Station with contractor Carillion tipped to replace Bouygues UK.

Bouygues UK’s chief operating officer Craig Tatton said: “Birmingham is currently undergoing significant regeneration and we are pleased to continue to be part of the major improvements going on across the city by delivering the public realm redevelopment at Centenary Square.”