Materials giant Breedon has is temporarily suspending production at nearly all of its UK plants as the coronavirus outbreak impacts both demand and the ability to operate.

The firm said its Hope cement plant in Derbyshire and operations which serve "critical supply needs" would remain open. 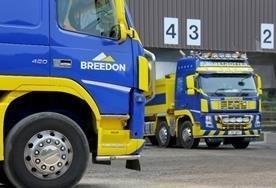 In a statement the firm said: "In light of recent government measures, and to ensure the safety and wellbeing of our colleagues, subcontractors, customers and communities, we have decided temporarily to suspend production at our UK sites.

"Following the more stringent measures introduced by the UK government on 23 March, there has been an immediate and significant reduction in demand for our products which we expect to continue until restrictions on movement are relaxed."

Breedon said its operations in the Republic of Ireland, including its cement plant at Kinnegad in Westmeath, continue to operate pending further guidance from the Irish government.

The firm said its £178m deal to buy around 100 Cemex sites, announced in January, was also being held up by coronavirus. Among the issues still to be ironed out include a TUPE consultation and IT migration.

It also said its AGM, set to be held next month, was being pushed back to later this year.