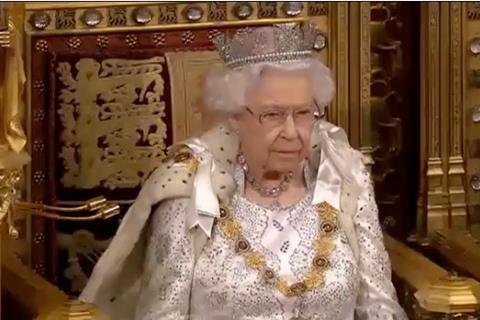 Brexit dominated this morning’s Queen's Speech at the state opening of parliament, with the government pledging that EU nationals will have the right to remain.

Fears around a mass exodus of European construction workers were somewhat eased with the Queen saying the government was committed to ensuring settled European nationals have the right to remain, another positive for construction.

The Queen said: "A new immigration bill ending free movement will lay the foundation for a new fair, modern and global immigration system."

She said the bill would have measures built into it that reinforce the right to remain commitment.

The promises come days ahead of a crunch meeting of the European council on Thursday in Brussels, which is the UK's last roll of the dice for securing a deal ahead of the end-of-the-month deadline.

In what would be good news for construction, if a deal can be hammered out later this week, the Queen said the government was looking to ensure free trade with the EU.

The Queen said: "My government's priority has always been to secure the United Kingdom’s departure from the European Union on 31 October."

She said: "My government intends to work towards a new partnership with the European Union based on free trade and friendly cooperation.”

ANALYSIS: What did construction want from the Queen’s speech?

The speech also underlined the government's planned action on climate change, with the Queen promising the environmental principles would be enshrined in law for the first time.

She said: "Measures will be introduced to improve air and water quality, tackle plastic pollution and restore habitats."