A mix of factors specific to the UK risks denting the construction sector’s recovery from the pandemic this year, Aecom has warned.

Increased labour costs because of post-Brexit emigration and permanent non-tariff barriers hitting imports of construction products into the UK from the EU are driving up input costs, the consultant said. 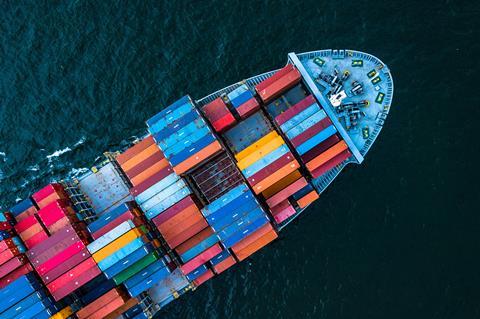 The EU is a major source of supply to the UK for a wide range of construction materials.

But some exporters in the EU have now stopped supplying the UK due to additional red tape making it commercially unviable, while others have hiked prices to cover the new non-tariff barriers and additional administrative costs.

Aecom head of cost management in the UK and Ireland Brian Smith told Building that EU firms which had pulled the plug on exporting into the UK were likely to be SMEs.

“The majority of EU exporters of construction materials stopping supplies to the UK are likely to be smaller or specialist firms hit proportionally harder by additional costs.”

He added that if the trend spreads across the whole EU to UK supply chain, it could result in further disruption and higher prices for materials until the shortfall is made up by alternative sources of supply.

Construction Products Association (CPA) economics director Noble Francis said that some SMEs exporting from the UK to the EU had found “major difficulties due to the increase in admin, bureaucracy and certifications burden due to the additional direct cost”.

CPA data published in January also showed that the construction sector’s EU-born workforce fell by more than a quarter in the year to the third quarter of 2020.

And while a record 42% drop in trade exports from the UK to the EU in January partially rebounded in February, exports in the other direction have seen a much weaker recovery.

EU imports increased by just £1.2bn in February after a record fall of £6.7bn in January, according to the latest ONS figures.

The UK-specific cost pressures are happening against the backdrop of global material shortages caused by supply constraints and increased demand, especially in the US.

Steel prices have increased by 25% in the 12 months to February this year, but although it had been rising with the value of the dollar, this had moved out of sync in late February.

Aecom said that the weakening of the dollar in recent months now risks driving up the price of steel and other metals further.

Other materials facing global shortages include timber, insulation and concrete, with CPA chief executive Peter Caplehorn telling Building last week that the shortages could hit major projects within months if the situation does not improve.

The problem appears particularly acute for roofers, for whom the lead time for concrete tiles has tripled to three months. With the price of timber battens, steel beams and plastic insulation also going up, material costs had increased by about 50%, according to James Talman, chief executive of The National Federation of Roofing Contractors (NFRC).

The squeeze faced by roofers is unparalleled in living memory, he told the Guardian. The NFRC has issued a letter to members telling them to “start talking to your clients about price rises” and helping them to explain the issue to customers.

Meanwhile, materials supplier SIG said increased demand for products during the first four months of this year was seeing it start to recover from the impact of the pandemic which helped send it to a £202m pre-tax loss last year.

In a trading update last week, the firm said “stronger than anticipated” sales in March and April meant it had now returned to profitability “earlier than expected”, adding that it expects to deliver an underlying operating profit in the first half of this year.