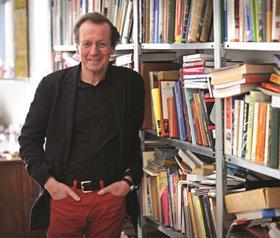 Bristol mayor and architect George Ferguson has hit out at plans for a Severn Barrage saying the scheme would damage the economy of the region.

Barrage developer Hafren Power has been lobbying hard for government support for a scheme to build a barrage in the Severn Estuary, which would cost £25bn. The firm claims it could provide up to 5% of the UK’s electricity for over 100 years.

“It’s as close to Wales as dammit and I think if the trade at that port is damaged it damages us all.”

He added: “I think there are much better ways of using tidal and other forms of power in the Severn Estuary.”

“And there are much better ways in terms of the technology. We could develop a technology within in the Severn Estuary, within the South West and south Wales which we could export to the rest of the world.”

He said it wasn’t possible to export expertise in building barrages.

But a spokesperson for Hafren Power said the project would “create a huge and lasting boost to the regional economies”.

“We think the barrage and ports can co-exist including Bristol’s aspirations for larger ships. Vessels will have to use a lock in the barrage but they already have to wait or time their arrivals for high water to use the port,” he added.