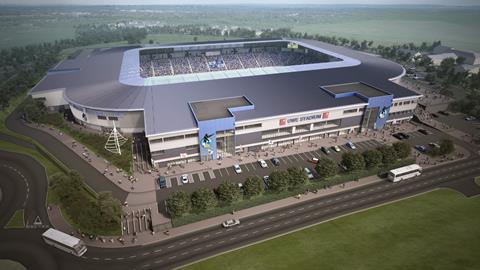 Arturus Architects’ long-delayed plan for a £40m stadium for Bristol Rovers has cleared an unexpected final hurdle after the government rejected an eleventh-hour bid to list the club’s existing ground.

Opponents of the club’s plan to sell its Memorial Ground stadium to supermarket firm Sainsbury’s – which would fund its purpose-build new 21,000-seat arena – made the listing application.

They argued that the Memorial Ground, known as the Mem, was paid for by public subscription after the First World War as an imaginative way of honouring the city’s sportsmen killed in the trenches.

To build a supermarket on a community asset and war memorial was “shameful”, they said.

The Mem’s gates, covered in plaques, are listed but local objectors argued the entire ground should be given protected status.

One of them, Jamie Carstairs, said: “The whole of the Memorial Ground site is their war memorial, not just the entrance gates.

“One without the other would be like an altar without its church.”

But the secretary of state has now confirmed English Heritage’s (EH) ruling that the site does not have sufficient architectural or historic interest.

“The decision not to list was based on the lack of survival of the original stand of 1921 and the fact that the replacement stands dating from the late 1930s onwards do not display sufficient levels of innovation in their design or the architectural interest necessary to merit listing,” said a statement from EH.

The decision was welcomed by Arturus associate Simon Stacey, who said work on the new stadium should now start this summer, despite Rovers’ recent relegation into the conference after 94 years in the football league.

It also paves the way for work to start on the supermarket plus some housing, designed by Stride Treglown. Both schemes have planning permission but were delayed first by a judicial review and then by the listing bid.

The new stadium and a 1,000-space car park will be built at and shared with the University of the West of England, freeing up space on its campus for new developments within a Stride Treglown masterplan.

“UWE already has a framework but as we’re doing the biggest building on the campus we hope we might be considered for some of that work,” said Stacey.

Buckingham Group is understood to be lined up to build the new stadium.

Meanwhile, work is also set to start this summer on redeveloping the home of Bristol’s other football club, which has similarly involved a long battle with the community.

League One Bristol City was forced to abandon plans to move to a Populous-designed stadium after protestors succeeded in getting part of the new site designated a village green. It has now won planning for a piecemeal rebuilding of the stands at its existing ground, Ashton Gate, using Liverpool architect KKA. 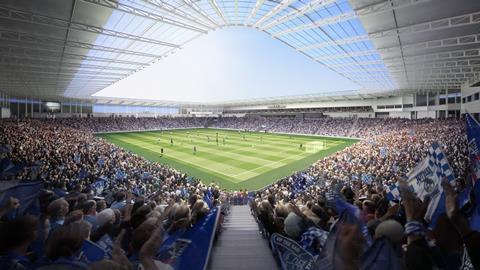 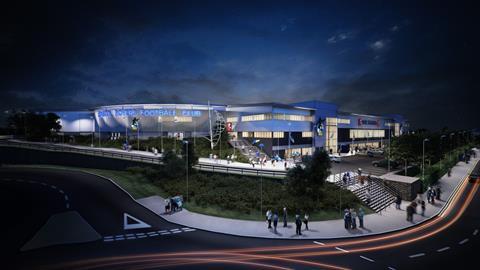