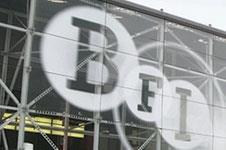 A major building project in central London is on the horizon for contractors, as the British Film Institute announces a major revamp.

The project, which will carry a price tag of £90m, will sit on the South Bank alongside the River Thames.

It is expected the building will have a gross floor area of 12,500 m2.

This week the BFI published a notice in OJEU seeking an architect, or team of architects, to design the project.