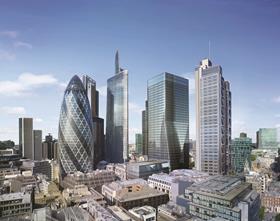 Brookfield has announced it is buying a bigger stake in the stalled 40-storey 100 Bishopsgate tower development in London.

Great Portland Estates has agreed to sell a 37.5% interest in the scheme to Brookfield’s property arm Brookfield Properties Corporation for £47.2m in cash.

The two developers previously had a 50:50 joint venture in the scheme, which is designed by architects Allies & Morrison and Woods Bagot.

Groundworks on the project have been completed by Brookfield Multiplex, but the project is on hold while the developers seek to secure a pre-let.

Toby Courtauld, chief executive of Great Portland Estates, said: “We have worked hard with our partners Brookfield to prepare 100 Bishopsgate for a potential start on site once pre-lettings are in place.

“Now that these preparatory works are complete, the time is right for us to reduce our holding. 100 Bishopsgate promises to be a building of exceptional quality in the capable hands of the Partnership’s development manager, Brookfield.”

Dennis Friedrich, chief executive of Brookfield Office Properties, said: “We are strong believers in the long-term outlook for London as a flourishing centre of commerce, as indicated by this transaction and other recent investments we’ve made in the City.

“Our venture with GPE has been successful and we look forward to our continued partnership as the 100 Bishopsgate development progresses.”