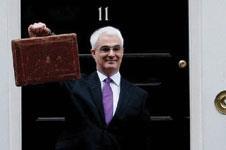 The chancellor of the exchequer Alastair Darling has pledged £500m to restart building projects that have frozen to a halt.

Darling surprised pundits with a relatively optimistic Budget, predicting that the economy will begin to grow again in 2010.

As expected, public borrowing will reach record heights, peaking at £175bn this year, or 12% of GDP.

The main news for the construction industry was the announcement of a £500m fund to restart stalled housing projects. There is also a £100m package for local authorities to spend on energy-efficient housing developments. The chancellor also announced £405m for extra support to develop energy efficiency for buildings.

The chancellor said: “This will give construction firms more certainty and help them meet housing demand more effectively.”

Perhaps more importantly, the chancellor pledged that capital spending would continue at the same “historically high” level as it is currently until 2012, and would be around 1.25% of GDP by 2013/4.

The chancellor will raise money by selling off £16bn of government assets and by raising taxes. Those who earn more than £150,000 a year will be taxed at 50% of their income from April next year.

As usual, drinkers, smokers and drivers will be expected to pay more in taxes. Tax on tobacco and alcohol will rise by 2% from tonight, while petrol duty will increase by 2p per litre in September and then by 1p a litre over inflation each April for the next four years.

Other measures announced included a scrappage scheme whereby drivers will be able to trade 10-year-old cars in exchange for a £2,000 discount on a new car.

In response to Darling budget, David Cameron, the leader of the Conservatives, said Labour had made an “utter mess” of the economy.

He said: “Gordon Brown has ensured that he has a chapter in the history books, but it is a chapter written in red ink: Labour’s decade of debt.”

Read here about the Budget: as it happened